A running joke between folks who work in the media has been that the only people on Twitter are journalists with "blue checkmarks" talking to one another. Of course, millions of people who aren't journalists do use it everyday.

That once bonafide method of authenticating journalists on the platform changed this week as the "blue checkmark" was made available to anyone willing to pay $8 a month for the company's "Twitter Blue" premium service.

Refining "verification" is one of the first priorities of new Twitter owner Elon Musk, who also fired roughly half of Twitter's staff last Friday and is pledging to make significant changes to the social media platform.

Twitter's "legacy" verification process was often a source of mystery to users. It sought to verify people under the criteria of "authentic, notable and active." For the most part, that meant journalists, celebrities, news outlets, politicians and big brands. This was done to stave off impersonation on the platform. Many see the checkmark as a status symbol, sometimes picking fights with people considered to be in a lower class who were verified.

Those who were considered notable could fill out a form in the app and were asked to submit examples of work (such as a news reporter's story with their name on it) and/or their government-issued identification. Some businesses also had Twitter representatives that they could work with who would assist with verification, particularly brands that spent money on advertising on the platform.

Twitter began widespread layoffs Friday as new owner Elon Musk overhauls the social platform and some employees filed a class action lawsuit alleging not enough time was given to them before getting the boot.

In the new world, as of now, anyone willing to pay $8 a month can get a blue checkmark, without any form of identity verification. This has already led to impersonation (something Elon Musk states he is against) and confusion, especially right after an election.

At first, Twitter tried to distinguish legacy verified persons over paid verified with an additional gray "Official" mark underneath their name, which was swiftly removed later in the day. Now, to determine if a person was verified under the legacy rules or paid, they have to go to their profile and click on the checkmark and see one of two options: denoting if they were verified as part of the legacy process or if they paid for the subscription to "Twitter Blue." 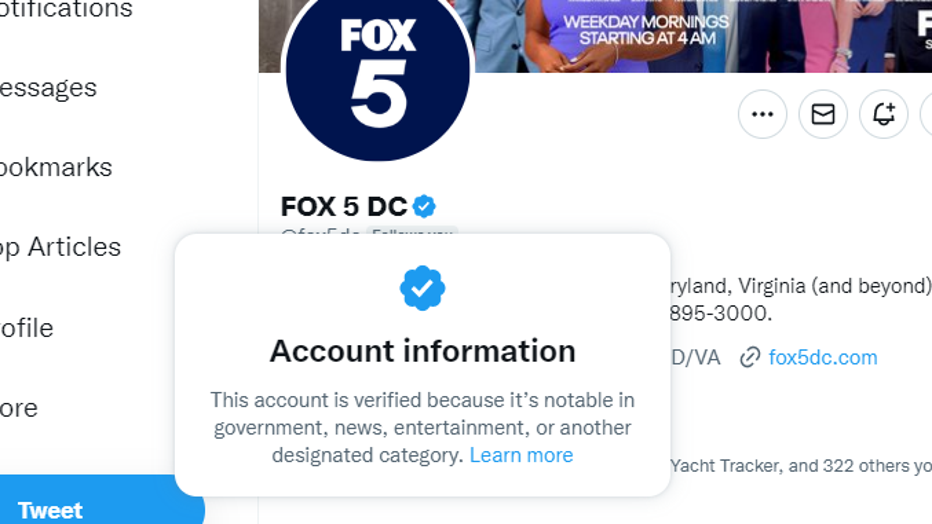 This is an example of an organization (us) who was authentically verified under the legacy process. 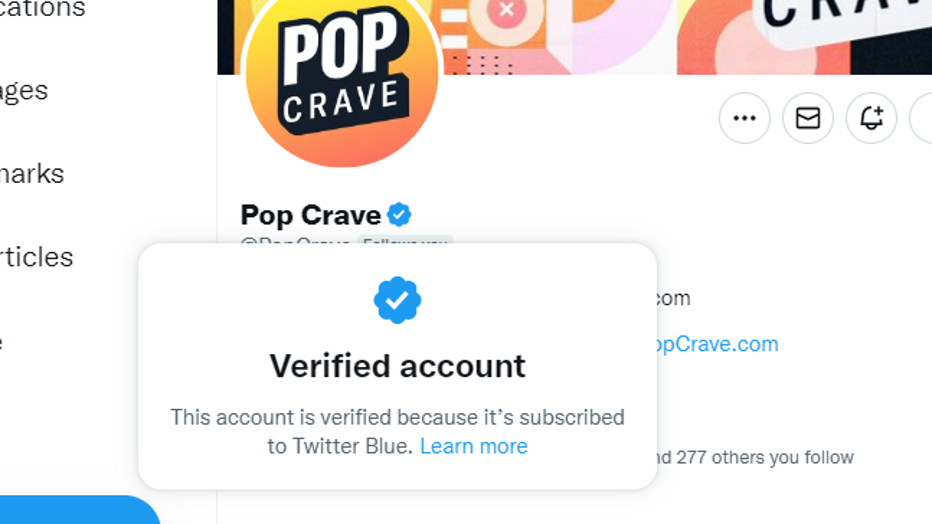 And this is an example of someone (or an organization) that "paid" for verification.

Naturally, journalists and media organizations are concerned with these recent changes and more importantly, want to make sure that people know how to distinguish authentic news sources on Twitter vs. inauthentic sources.

With that, we wanted to share the authentic Twitter accounts of FOX 5 DC's reporters, anchors and contributors. Their Twitter accounts are linked to their biographical pages here on fox5dc.com (and may have other social media platforms they use as well including Facebook, Instagram, or TikTok).

We're also including some folks who are contributors or other employees of FOX 5 DC that don't have a biographical page.

Also, it's worth remembering that on any social media platform or way you get your news, it's important to "consider the source" and "consider the context" as our own David Kaplan often reminds us.