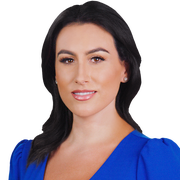 I'm thrilled to be living in the DMV and covering your communities. However, not as thrilled about the cold, mainly because I'm from Miami (but am a proud Gator!), where “cold” is anything below 70 degrees!

I've lived in South, Central and Northern Florida most of my life. I started my TV career back in college at Florida's finest school —- The University of Florida! My junior year in college, I took a semester off and moved to New York City, where I interned and then worked as a news assistant at 24-hour local cable station NY1.

My love for politics grew there while I covered the state senate coup in Albany. I decided then I'd double major in Telecommunications and Political Science. My last semester at UF is when the earthquake in Haiti happened.

I immediately grabbed a camera and embedded with a medical group traveling from Atlanta to Haiti. Such a sad story, but saw first-hand the definition of human compassion.

As soon I graduated college, I decided to try my luck in Spanish, reporting and anchoring at Univision Orlando. There, I was able to sit down and interview former Florida Governor Charlie Crist and Senator Marco Rubio as they ran against each other in primaries. While at the station, Casey Anthony went on trial for the murder of her 2-year-old daughter.

I covered the trial gavel to gavel for Univision Network, as well as the 2012 Republican National Convention in Tampa. Just as the George Zimmerman trial was about to get underway in Sanford, I took a job at WESH-TV where I covered portions of the trial.

But one story that will forever stick with me is a sinkhole in Seffner that literally swallowed a man as he was sleeping. I'm excited to have made my way up the East Coast to the capital! Hoping to hear from you—if you have any leads or stories shoot them my way! 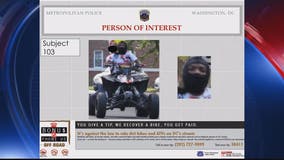 D.C. police want to crack down on illegal ATV riding on busy roads. 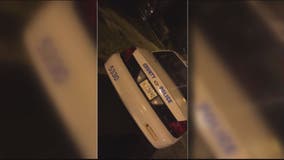