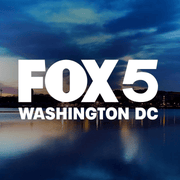 Before coming to Washington, D.C., she was the lead nightside reporter and anchor at ABC 8News in Richmond, Virginia. Prior to that, she worked at WDVM (formerly WHAG) as a bureau reporter in Winchester, Virginia. She also interned for Good Morning America in New York City.

Born and raised in Raleigh, North Carolina, Sierra graduated from Campbell University in Buies Creek, North Carolina with a B.A in Communication Studies and two minors in Business Marketing and Management.

She played Division 1 lacrosse her first three years of college – Go Fighting Camels! During her senior year, Sierra was a Production Assistant at ABC11 Eyewitness News, voted Homecoming Queen, and received the Senior of the Year award for Broadcasting and Electronic Media. Additionally, she has studied abroad in Sevilla, Spain and interned at WNCN and Raleigh Television Network.

She is thrilled to be in the nation’s capital! When she’s not reporting, she either dancing or eating. Send her your restaurant suggestions!

If you have any story ideas or just want to say hello, Sierra wants to hear from you! Send her an e-mail at sierra.fox@fox.com.

The case of a Springfield man accused of killing his neighbor is now closed after a jury found him guilty of first-degree murder.

Religion and politics are typically taboo topics in the workplace. However, employers these days are increasingly asking questions about it as they respond to requests for religious exemptions to COVID-19 vaccine mandates.

A concerned tipster contacted FOX 5 DC to investigate an unlicensed employee who did work at Our Lady of Good Counsel High School in Montgomery County – without a permit.

In Northern Virginia, yard waste is piling up in some neighborhoods. People are frustrated as they wait for green bins brimming with brush to get picked up. Neighbors in Fairfax County say it’s really inconvenient and causing a mess.

When there’s an emergency, every second matters. However, some in the DMV feel that sense of urgency is missing due to an ongoing problem of 911 call mix-ups.

A freshman at Shenandoah University in Winchester, Virginia, an hour and a half outside the nation’s capital, is making history as the first woman on the school’s football team catching national attention.

The CDC director is admitting confusion surrounding the booster shots. Who’s eligible? How soon can you get yours? Can you get one even if you’re not in the recommended groups? FOX 5’s Sierra Fox got those answers for you.

A viral TikTok video with over 4 million views shows a group of Marines in full dress uniform rescuing a car outside of Arlington Cemetery that got stuck in rising flood waters during a downpour on the nation’s capital last Thursday, September 16th

Parents in Stafford County are worried about their kids riding the bus after hearing about delays, no shows, and kids getting dropped off at the wrong stops due to a bus driver shortage.