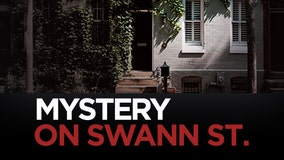 In the seventh and final episode, Judge Lynn Leibovitz explains her reasons for acquitting Joe Price, Dylan Ward and Victor Zaborsky in the murder of Robert Wone in a 38-page decision.

In Episode 6 we cover the opening statements, the first few weeks of the trial and each side’s take on the knife found at the scene.

Prosecutor Glenn Kirschner explains why the US Attorney’s Office chose to arrest Dylan Ward first in the murder of Robert Wone and wait days before arresting Joe Price and Victor Zaborsky.

In Episode 4 of Missing Pieces: Mystery on Swann Street, Prosecutor Glenn Kirschner takes us deep inside the case.

The night of the murder inside 1509 Swann Street detectives debated whether an intruder could get out of the house without making a sound on the wooden stairs.

DC police do not believe the stories they are getting from Joseph Price, Victor Zaborsky and Dylan Ward about what happened inside 1509 Swann St. the night Robert Wone was killed.

On Aug. 2, 2006, a 32-year-old married attorney is found stabbed to death inside the home of a friend in Washington, D.C. 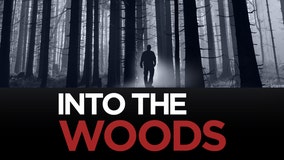 Several months passed since we finished Episode 5. We’ve tackled many questions in the disappearance of Terrence Woods, but still hadn't found the one person who was actually there when the young filmmaker vanished. Until now. Finally, we are able to hear the first-hand account of what actually happened on October 5, 2018. And an interview with Terrence's close friend in London may make you question all of your assumptions about this case so far.

No one can explain why Terrence Woods could not be found if he really ran down a steep, heavily wooded cliff with treacherous terrain.

Terrence Woods disappeared on October 5, 2018.  That very same weekend, two other people went missing in Idaho County and there are still others who have been gone for more than a year now.

Terrence’s mother and father travel to Idaho – but a meeting with the production crew members and the sheriff doesn’t go as planned.  They are shocked to hear people denying what was in the initial police report and decide to hire a private investigator. Close friends of Terrence talk to FOX 5 about what they’ve tried to learn – and we discover a key piece of information: A photo that was taken when the crew went… into the woods.

Our FOX 5 team begins to trace the puzzle pieces of Terrence Woods’ disappearance. Cryptic writings in his journal are discovered and deciphered. A meeting with Terrence’s mother reveals even more clues - but nothing, at this point, can explain why her son went into the woods.

We meet a young filmmaker who has dreams of making it big. Those dreams take him around the world, to London, and back home to Maryland. In October 2018, Terrence Woods accepts a freelance gig as part of a crew filming a hunt for lost gold. Then, his father gets a chilling phone call. His son has disappeared... into the woods. 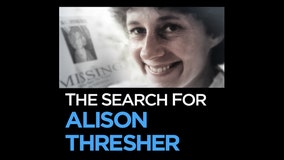 Lies. Fights. Being used and abused by others - growing up was not easy for Hannah and Sam, especially with their mother's murder still unsolved. But they have faith and each other. Police tell FOX 5 what they need to bring Alison Thresher home and her children speak about how they are able to move forward in her memory.

Did all of Sam and Hannah's hopes to find their mother just die? 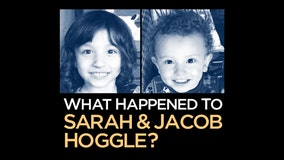 The disappearance of young Maryland siblings Sarah and Jacob Hoggle has mystified and frustrated their father, police, prosecutors and the greater Washington, D.C. community for well more than three years now.

FOX 5's Melanie Alnwick goes back to where it all began: a rainy Memorial Day weekend 18 years ago. At that time, it was just a story about a missing woman from Bethesda, Maryland - a wealthy suburb of Washington D.C.

Who was Alison Thresher beyond the headlines? For so long she'd only been described as a missing mother of two and a writer and editor who was about to start a new job with the Washington Post. Court records and interviews reveal there was a lot more going on in her life and may offer clues to her disappearance.

In Episode 4, we speak with a top criminal psychologist who used to treat and examine inmate patients at the Maryland psychiatric hospital that has been Catherine Hoggle's home for more than three years.

In Episode 3 of the "What Happened to Sarah & Jacob Hoggle?" series, FOX 5 reporter and host Bob Barnard introduces you to Montgomery County State's Attorney John McCarthy, who talks about the murder case against Catherine Hoggle. The question is posed: Could Hoggle be faking her mental illness to avoid standing trial?