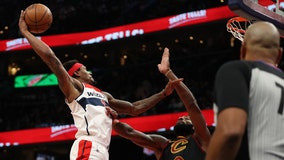 Washington Wizards star Bradley Beal will not participate in the NBA restart this month due to a shoulder injury, the team announced on Tuesday morning. 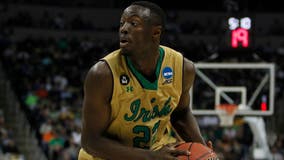 The Washington Wizards are adding a little more hometown hustles to their squad. 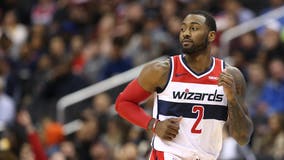 John Wall will not join the Washington Wizards for the resumption of the NBA season this summer, ending the chances of the five-time All-Star guard playing his first game since 2018. 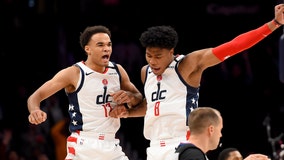 The NBA’s Board of Governors has approved a 22-team format for restarting the league season in late July - and the Washington Wizards are in the field. 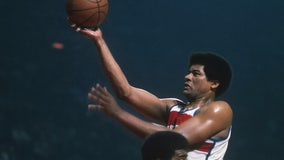 Wes Unseld, the NBA legend who led the then-Washington Bullets to the NBA championship in 1978 has died, his family says. He was 74-years-old.

Washington Wizards point guard John Wall declared himself fully recovered after two operations that sidelined him for the past 1½ years and said he is “itching” to get back on the court next season. 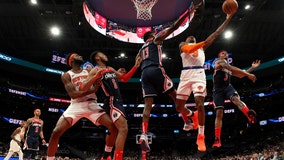 The Washington Wizards have advised players, coaches and basketball operations personnel to self-quarantine for the next several days due to growing coronavirus concerns. 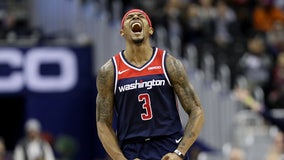 Bradley Beal takes heat for his defense. He scores big, though Washington doesn't always win when he does. He got left off the All-Star team.

The Brooklyn Nets didn't want Bradley Beal to beat them with the game on the line Wednesday night. 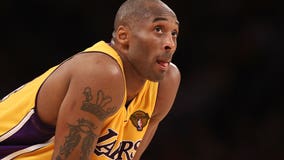 The District is showing the Mamba’s legacy some love.

Bradley Beal is cementing his place among the Washington Wizards’ greats, but it was cold comfort as the team’s playoff hopes dimmed in Chicago Sunday. 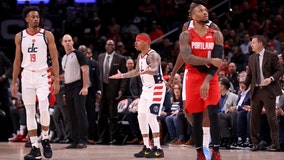 Just last month, Thomas received a two-game suspension after walking into the stands in Philadelphia to confront two fans who were heckling him. 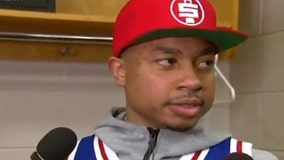 Washington Wizards guard Isaiah Thomas was ejected from the team's game against the Philadelphia 76ers Saturday night after he confronted a spectator in the stands — who he said repeatedly cursed and gave the middle finger because he was upset the team's loss wouldn't get him a free milkshake. 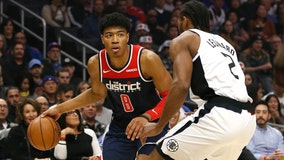 Washington Wizards rookie forward Rui Hachimura will miss at least the team's next five games after hurting his groin. 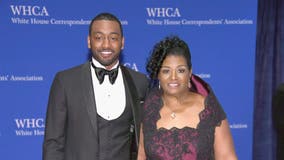 Frances Pulley, the mother of Washington Wizards' point guard John Wall, has died after a long battle with cancer, according to the basketball star's former coach John Calipari.

In what could best be described as a veteran move, Rui Hachimura tried to duck out of doing a postgame media session by pleading that he was worried about missing the Washington Wizards' team flight out of town. 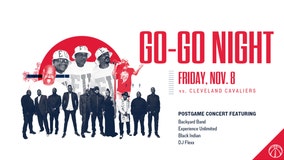 The concert is free to anyone who purchased a game ticket. 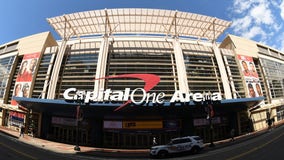 The Washington Wizards will hold a special basketball-baseball doubleheader when it hosts not only the home-opener against the Houston Rockets, but a special viewing of Game 7 of the World Series between the Washington Nationals and the Houston Astros.

Bradley Beal has agreed on a two-year extension worth nearly $72 million with Washington, a major victory for the Wizards and a move that will keep the All-Star guard out of free agency for at least the next three summers. 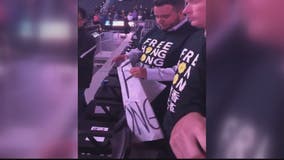 The NBA-China controversy over protests in Hong Kong flared up Wednesday night at a pre-season Washington Wizards game.