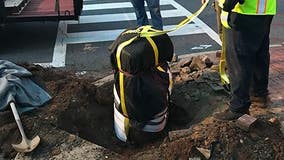 A 176-year-old stone block that was used for slave auctions in Virginia will go on display at the Fredericksburg Area Museum, with signs explaining the context of recent protests against racial injustice that left it covered in graffiti. 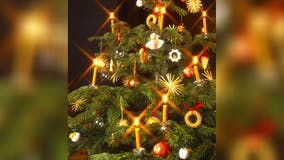 Fredericksburg is already making plans for how to safely hold its annual Christmas parade during the coronavirus pandemic. 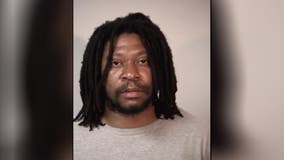 A Fredericksburg man who pulled out a knife and lunged at restaurant employees during a dispute over a taco will spend a year behind bars. 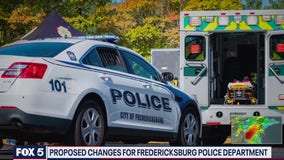 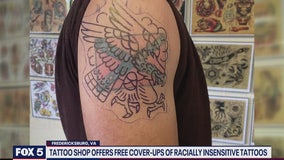 The owner at a tattoo shop in Northern Virginia is offering free cover ups for racially insensitive and controversial tattoos including confederate flag tattoos, racist symbols and more.

A 176-year-old slave auction block has been removed from a Virginia city’s downtown. 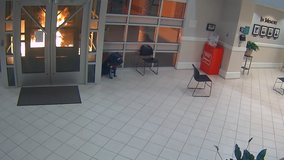 Fredericksburg police are investigating an arson after they say a man set a fire outside the department's headquarters early Sunday. 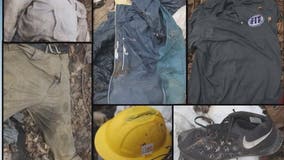 Officials are asking for the public’s help to identify human skeletal remains found in Fredericksburg. 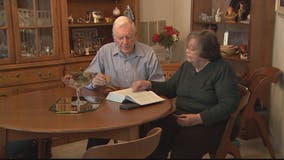 The legal team for a Virginia couple who took the owners of their senior living apartments to court over a ban on Bible study at the facility tells FOX 5 the parties have reached a settlement. 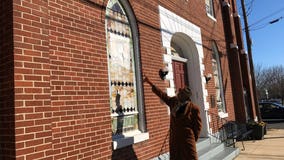 A brick or heavy object came through the stained glass window at Shiloh Baptist Church on Sophia Street in Fredericksburg. The culprit was caught on camera.

A juvenile female was shot Monday in Fredericksburg. 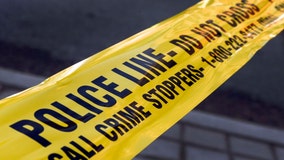 A man is dead after a double shooting Saturday night in Fredericksburg. 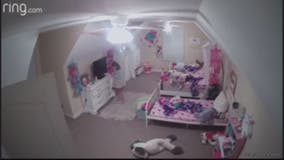 The video is terrifying. A hacker gained access to a Ring home security system in Tennessee. He then used the hardware to speak to a little girl for more than five minutes.

Police were attempting to arrest the man for arson before he barricaded himself in an apartment and started shooting. 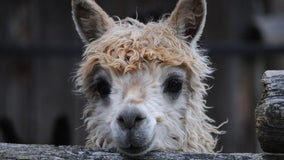 With all their fluff and grace, Alpacas will take over the Fredericksburg Expo and Meeting Center for a two-day weekend affair. 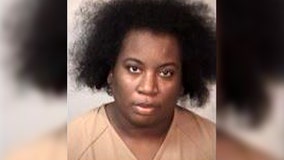 A mother in Stafford County has been arrested after she allegedly tried to smother her two children, according to authorities. 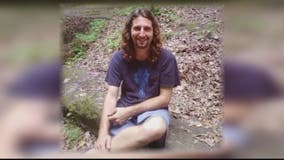 According to court documents, Spotsylvania County deputies are coming close to identifying a suspect in a deadly hit-and-run crash on October 26. The crash took the life of Deven Morgan, 41, of Fredericksburg. 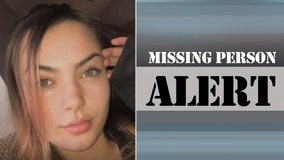 Authorities are asking for the public's help locating a missing 17-year-old girl from Frederick. 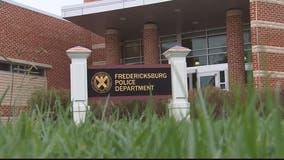 Fredericksburg police are investigating after a Spotsylvania County man was shot to death in the Central Park Townhomes neighborhood Monday night. 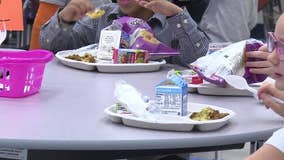 A 26-year-old man was taken into custody Thursday after he reportedly rode the bus to a Stafford County high school and tried to steal food from the cafeteria.