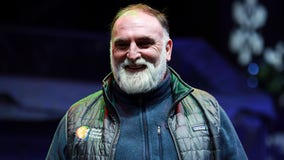 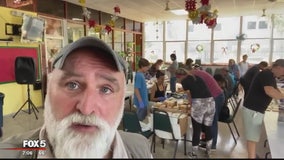 Humanitarian and D.C. celebrity chef José Andrés is at it again, this time serving meals to earthquake victims in Puerto Rico. 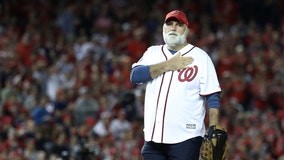 José Andrés has been recognized for cooking up change.

Washington-based celebrity chef Jose Andrés got a big cheer when he lobbed the ceremonial first pitch ahead of Game 5 of the World Series at Nationals Park. 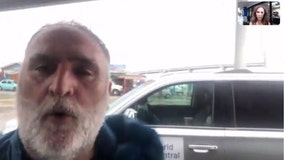 Acclaimed D.C. chef Jose Andres is assisting with the Hurricane Dorian recovery as best he can: by cooking for victims in the Bahamas. 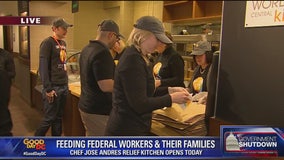 'Chefs for Feds,' led by Celebrity Chef Jose Andres and his non-profit organization World Central Kitchen is opening Wednesday. The pop-up kitchen and cafe is being opened to feed federal workers and their families during the government shutdown. 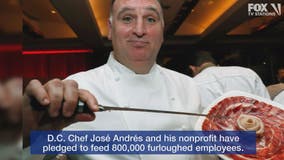 D.C. entrepreneur and Chef Jose Andres announced Monday that he will be opening a pop-up kitchen to feed government workers. 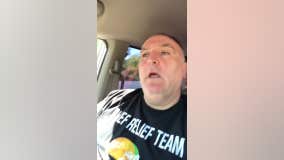 As thousands of federal employees work without pay or remain on furlough, D.C. entrepreneur and Chef Jose Andres announced Monday that he will be opening a pop-up kitchen to feed government workers. 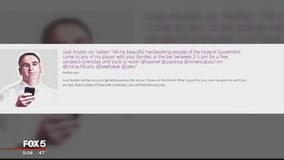 FOX 5's Evan Lambert has more on what freebies and discounts are being offered to federal workers in the D.C. area. 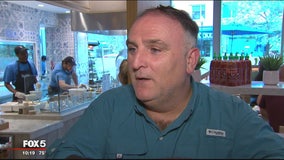 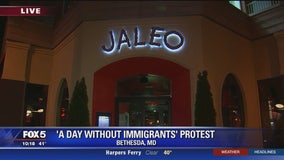