WASHINGTON (FOX 5 DC) - Thousands of protestors across the U.S. including D.C. marched in solidarity over the weekend, calling for justice and an end to police brutality following the death of George Floyd. An unarmed black man who died after an ex-Minneapolis police officer knelt on his neck during an arrest.

Hundreds of people converged on the White House and marched along the National Mall, chanting “Black Lives Matter,” “I can’t breathe” and “No justice, no peace.”

Storefronts were smashed and looted, buildings were set on fire, and some of D.C.’s most iconic monuments were defiled with graffiti.

Powerful images of the demonstrations show the grappling pain and anger of protesters seeking justice for George Floyd and the many other black people who have died to police brutality. 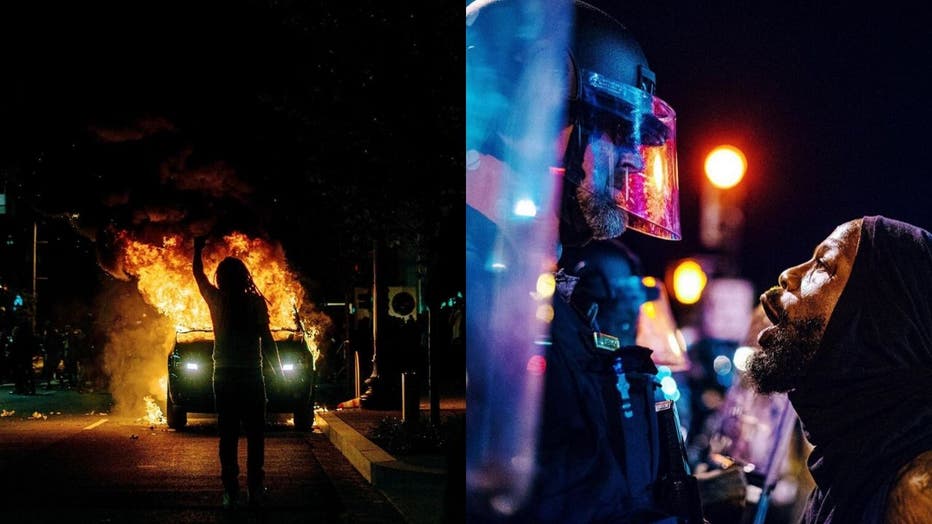 Photo of man in front of buring car and man face-to-face with officer taken by: Shibuyasoul - Instagram. 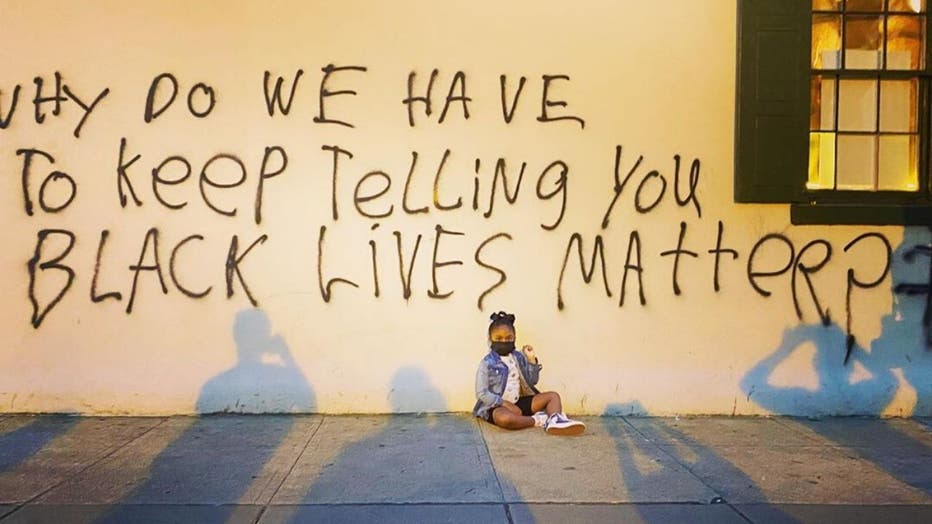 Photo of little girl under graffiti that reads "Why do we have to keep telling you black lives matter?" taken by: Luvmesumesha - Instagram. 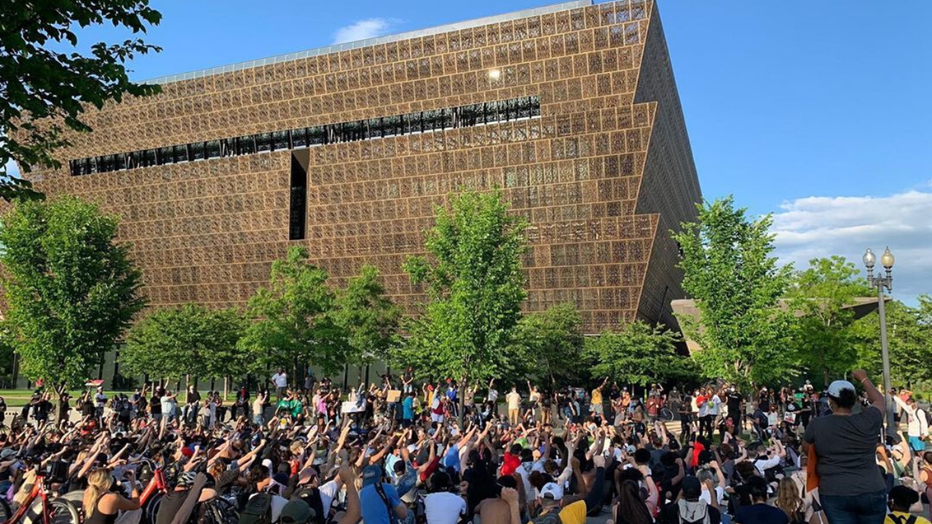 Photo of demonstrators at National Museum of African American History and Culture taken by: ltpietrzak - Instagram. 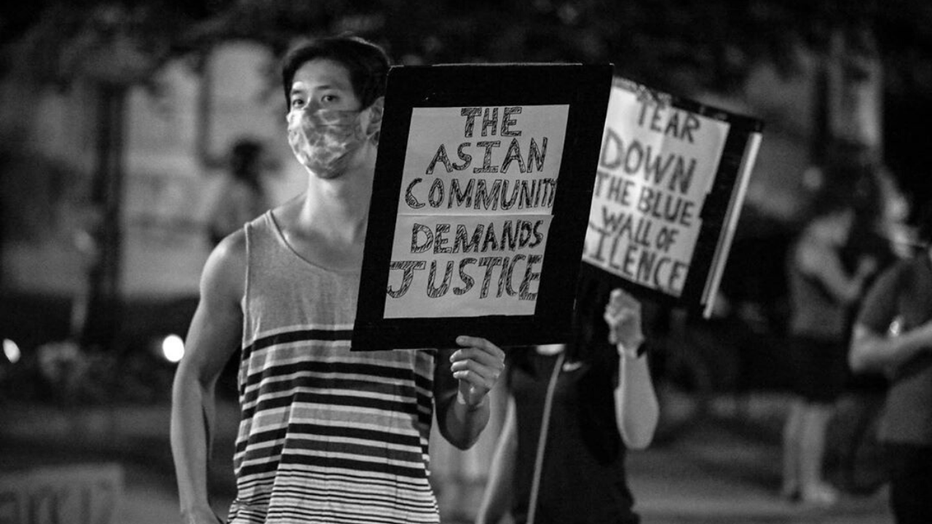 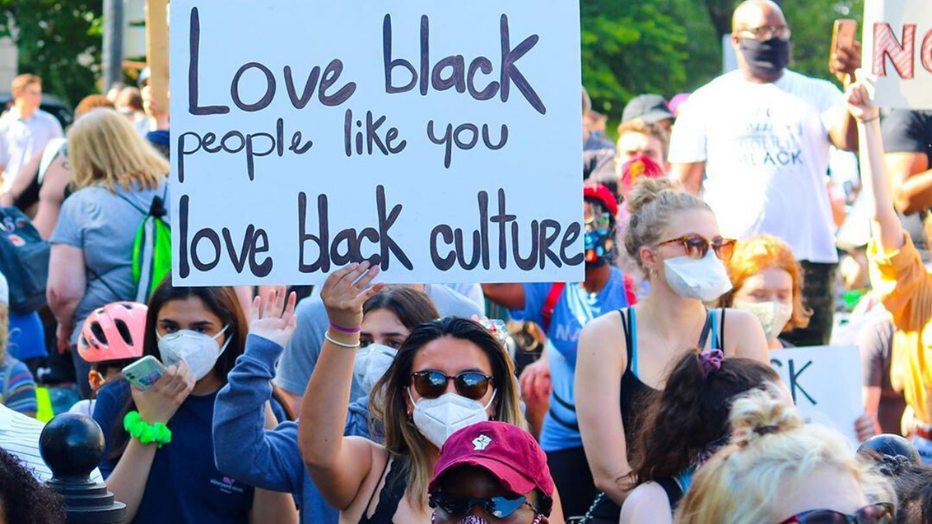 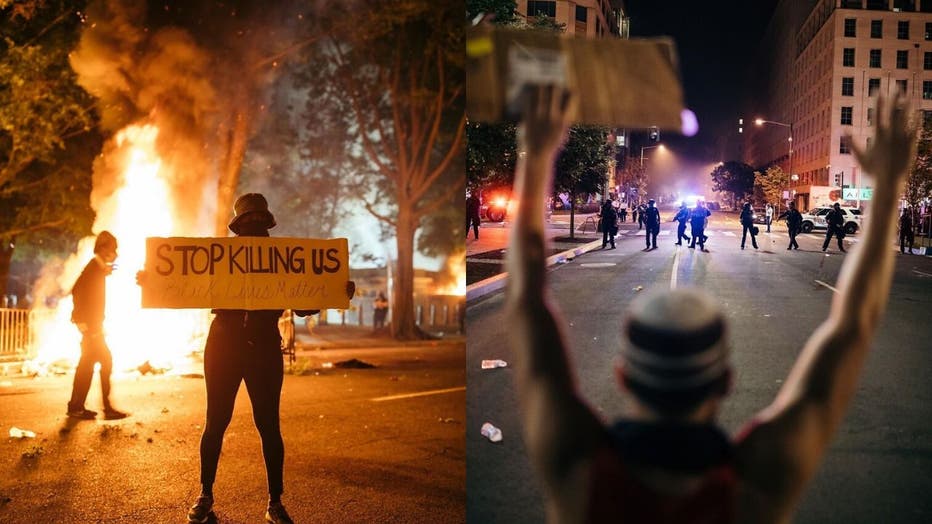 Photo of demonstrator holding "Stop Killing Us" sign and protestors with hands up taken by: Shotbyshahid - Instagram. 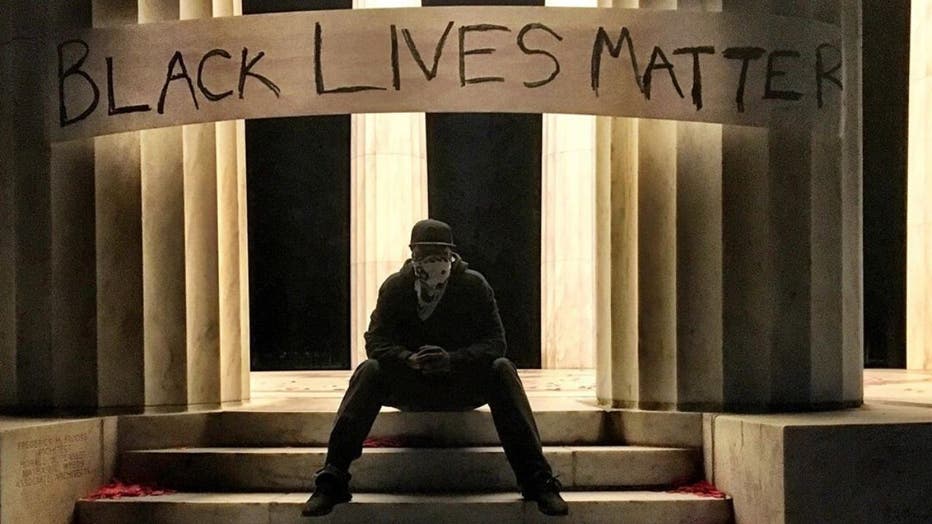 Photo of man sitting on steps taken by: Drewsgone - Instagram.

DC curfew goes into effect tonight at 7, will last for 2 days