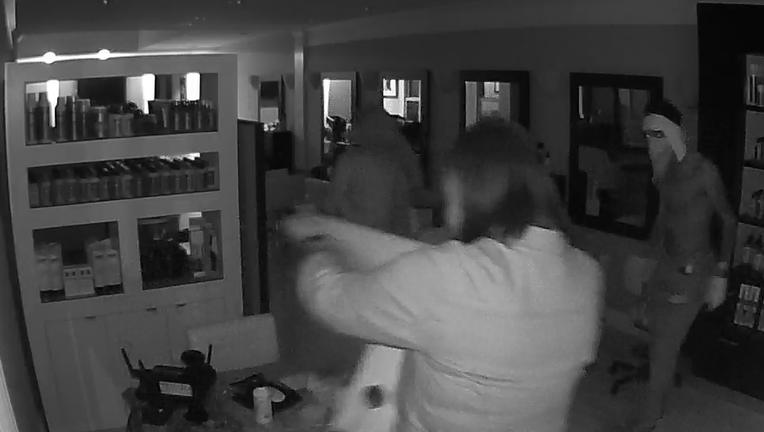 The footage shows looters stealing a desktop computer and other items from O Salon, 3212 O Street NW, on Saturday night.

The scene added to a chaotic night in D.C., where police fired tear gas at protesters as a police brutality demonstration evolved into violent mayhem throughout the night.

Dozens of cities are now dealing with the aftermath of the riots, which left at least three people dead nationwide.