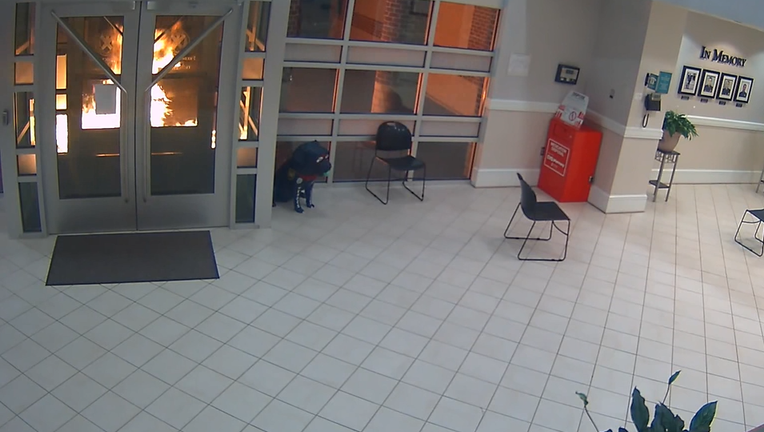 Fredericksburg police are investigating an arson after they say a man set two fires outside the department's headquarters early Sunday.

FREDERICKSBURG, Va. - Fredericksburg police are investigating an arson after they say a man set a fire outside the department's headquarters early Sunday.

Video shows the fire quickly spread outside the building's lobby:

Police say no one was injured in the fire, which was quickly extinguished.

The scene is reminiscent of the fire that consumed a Minneapolis police station earlier this week.

“I am heartbroken this senseless act happened here in our great City. Across the country, we are seeing protests, acts of violence, and destruction of property by people outraged over the tragic and avoidable death of George Floyd," Fredericksburg Police Chief Brian Layton said in a statemetn. "We are all deeply saddened by his death and are praying for his family during this difficult time. However, violence and senseless acts are never the answer."

Anyone who can identify the suspect is asked to call police.