WASHINGTON - Tensions escalated into clashes in D.C. Saturday night, as demonstrators hurled debris into lines of riot-gear-clad police, who responded with pepper spray and rubber bullets in the wake of George Floyd's death in Minneapolis.

Violence breaks out at DC protests

Reporters at the scene said protesters tried to pry a barricade loose, prompting the response from police.

At one point, a burning dumpster exploded, scattering protesters near the White House.

Clashes break out between police, protesters

Later, a protester hurled a piece of burning debris, and an explosion flashed on a street corner.

Police maneuvered through the crowd later to extinguish hurled fireworks, and at least one vehicle and a crane were engulfed in flames nearby.

The scene broke out amid what FOX 5 reporter Josh Rosenthal described as a “sea of protesters” in the heart of the nation’s capital.

Demonstrations against police brutality erupted in DC Friday night and then spilled over into Saturday.

About two blocks from the home of President Donald Trump, at 16th and K streets, Northwest. 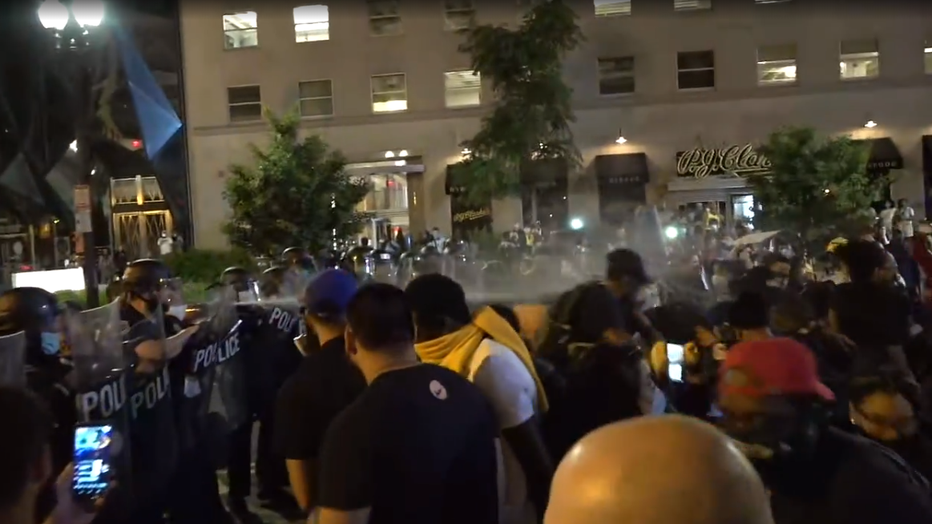 The confrontation punctuated a day of protests in D.C. that were largely peaceful, according to FOX 5 reporter Ike Ejiochi.

Floyd died at a local hospital after a police office rammed his knee into his neck and held him down for a prolonged period of time. 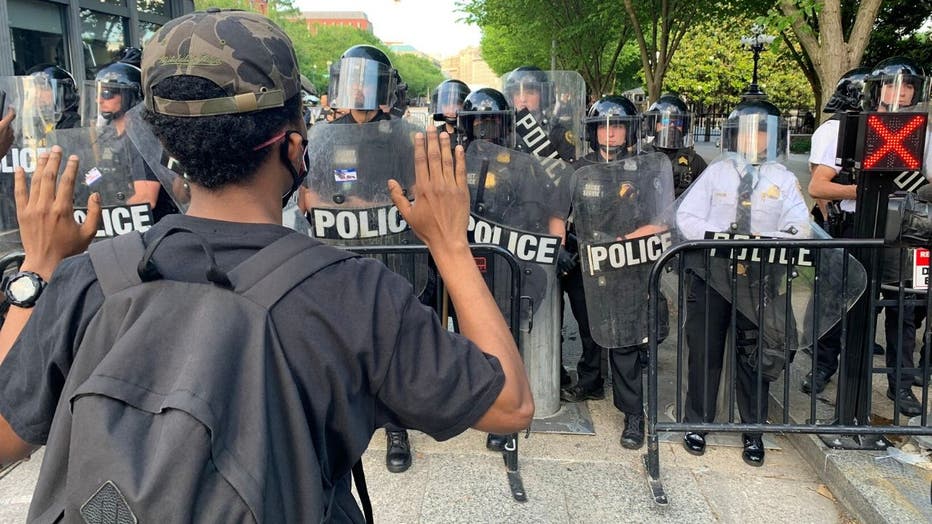 The incident was caught on camera.

Six people were arrested Friday night in the District.

On Saturday, protesters marched from the White House and then traveled down 15th Street Northwest. 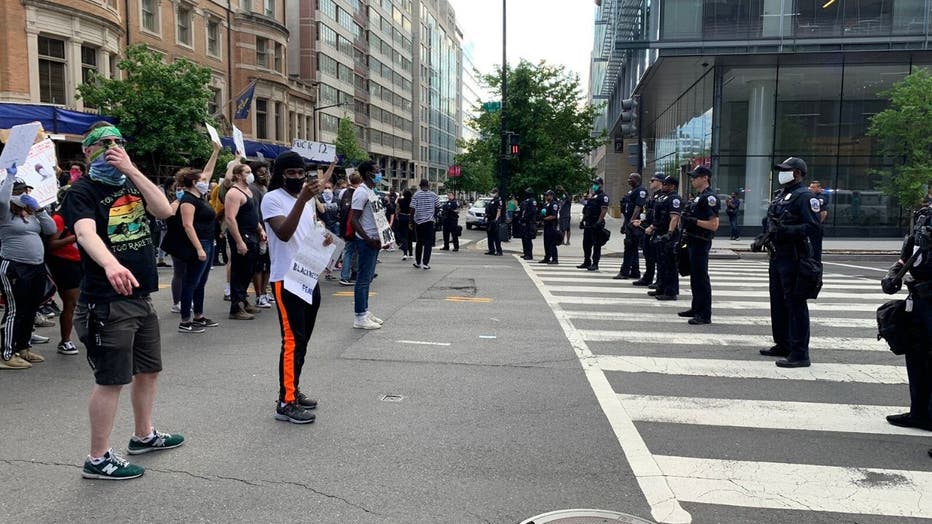 A large crowd later gathered outside D.C. police headquarters where they chanted – among other things – “I can’t  breathe” and “no justice, no peace.”

Friday night, the White House was locked down as the protests intensified, and a Fox News crew was harrassed and chased from the scene.

President Donald Trump said that if any protesters had breached the fence, they “would have been greeted with the most vicious dogs, and most ominous weapons, I have ever seen.”

RELATED: Trump warns White House protesters would have been met by 'vicious dogs' if they breached fence

Demonstrations in other cities – such as Atlanta – were less peaceful.

RAW VIDEO: Protesters gather outside of White House in wake of death of George Floyd

Crowds have gathered outside of the White House as protests emerge across the U.S. after the death of George Floyd.

Minneapolis – which served as a flashpoint for tensions – a police precinct and a low income housing project burned down during riots.