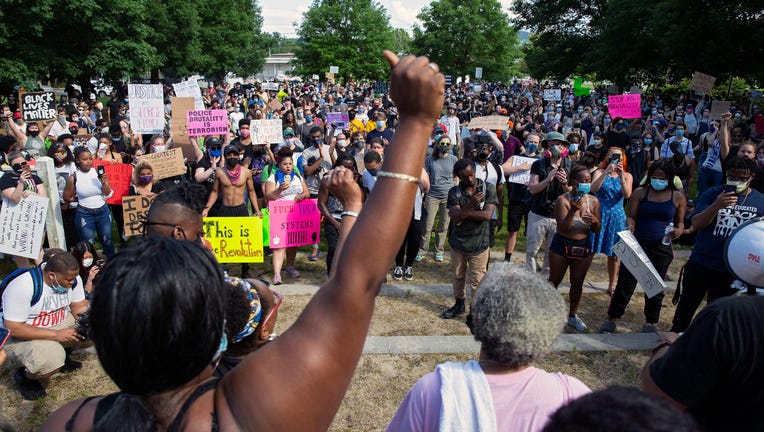 People gather at Booker T. Washington Park during a racial justice protest in Charlottesville on May 30, 2020. - Demonstrations are being held across the US after George Floyd died in police custody on May 25. (Photo by Ryan M. Kelly / AFP) (Photo by

RICHMOND, Va. - Gov. Ralph Northam on Sunday declared a state of emergency in Virginia following "escalating violence across the Commonwealth."

The declaration will allocate $350,000 for recovery efforts in local jurisdictions throughout Virginia.

It will also extend the curfew in Richmond, the state's capital, through Wednesday.

Northam said the declaration will also allow for the mobilization of resources including the Virginia National Guard to "de-escalate violent protests and protect public safety."

You can read the full declaration here.