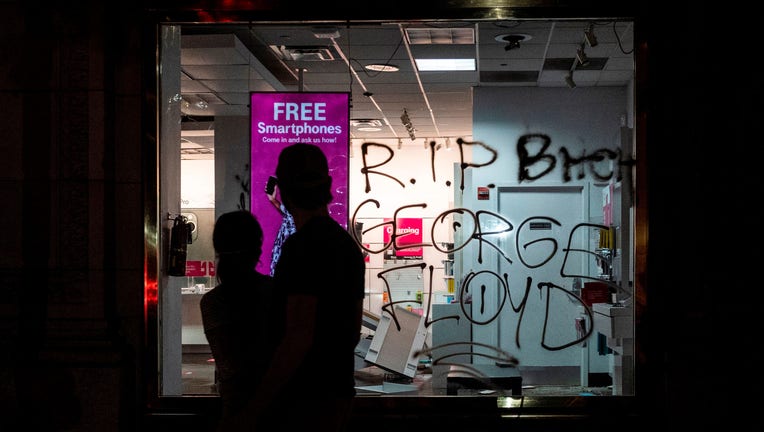 People walk past a damaged shop one block from the White House on May 30, 2020 in Washington DC, during a protest over the death of George Floyd, an unarmed black man, who died after a Minneapolis police officer kneeled on his neck for several minute

WASHINGTON - The District of Columbia won't follow other cities in imposing curfew on residents, even after a violent night of protests that resulted in 17 arrests and a police officer with a broken leg.

Mayor Muriel Bowser told reporters Sunday that "the people who were destructive last night were not likely curfew followers," when asked why the District wouldn't impose a curfew like other cities including Minneapolis, Chicago and Los Angeles.

Of the 17 arrests, District Police Chief Peter Newsham said the majority were for rioting. Two other people were charged with burglary, and another was arrested for simple assault.

Newsham blamed the worst destruction on "agitators" from out of town.

Newsham said 11 police officers were injured in Saturday's protests, including one officer who suffered a compound leg fracture after being hit with a brick.

Separately, the Secret Service reports 60 of its officers were injured during the protests. The agency says 11 of those officers were hospitalized:

Officials say they are working to prevent future damage as they expect the tense protests sweeping the nation are likely to continue.

At least three people have died so far nationwide during the unrest.