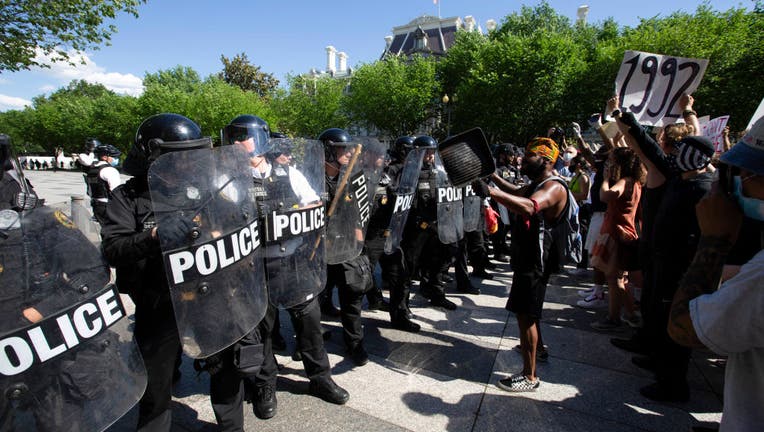 Demonstrators confront secret service police officers outside of the White House on May 30, 2020 in Washington DC, during a protest over the death of George Floyd, an unarmed black man, who died after a Minneapolis police officer kneeled on his neck

WASHINGTON (FOX 5 DC) - Mayor Muriel Bowser issued a citywide curfew for D.C. Sunday from 11 p.m. until 6 a.m. Monday amid protests across the District after the death of George Floyd.

Officials said during the hours of the curfew, no person shall walk, bike, run, loiter, stand, or motor by car or other mode of transport upon any street, alley, park, or other public place within the District.

Individuals performing essential duties as authorized by prior orders, including working media with their outlet-issued credentials and healthcare personnel, are exempt when engaged in essential functions.

This comes after she said in an earlier press conference that she would not follow other cities in imposing curfew on residents, even after a violent night of protests that resulted in 17 arrests and a police officer with a broken leg.

Bowser told reporters Sunday that "the people who were destructive last night were not likely curfew followers," when asked why the District wouldn't impose a curfew like other cities including Minneapolis, Chicago and Los Angeles.

She has also activated the D.C. National Guard to support the Metropolitan Police Department.

Tensions escalated into clashes in D.C. Saturday night, as demonstrators hurled debris into lines of riot-gear-clad police, who responded with pepper spray and rubber bullets in the wake of George Floyd's death in Minneapolis.

Anyone in violation of the curfew is subject to a fine of up to $300 and up to 10 days in jail, according to authorities. 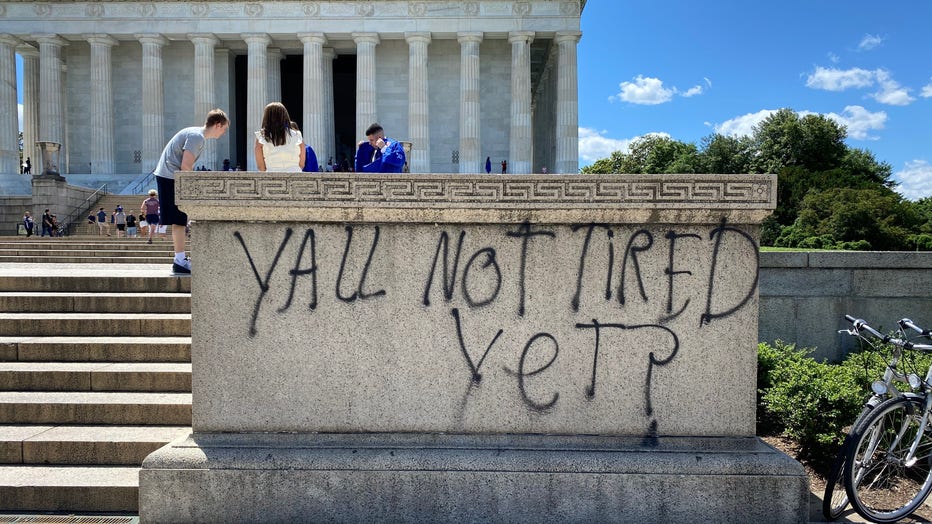 New York Governor Andrew Cuomo, who has received national attention amid the COVID-19 pandemic, said on Saturday that “people do deserve answers, people do deserve accountability” while noting that he would be asking for a review of the Friday night protests.

“If someone did something wrong, they should be held accountable,” the governor said.

MOBILE USERS: Click here to watch FOX 5 for the latest