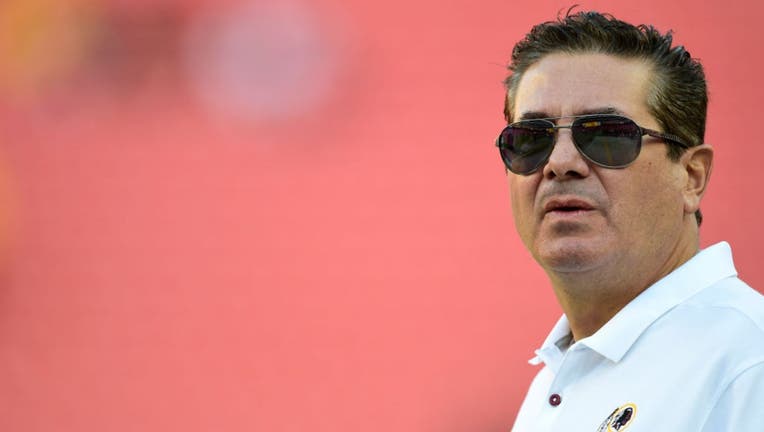 Washington Redskins owner Dan Snyder stands on the field before a preseason game between the Baltimore Ravens and Redskins at FedExField on August 29, 2019 in Landover, Maryland. (Photo by Patrick McDermott/Getty Images)

LANDOVER, Md. - The Washington Football Team paid $1.6 million to a former female employee back in 2009 as a part of a sexual misconduct settlement involving team owner Daniel Snyder, The Washington Post reported Tuesday.

A source told the paper that the alleged incident took place on Synder’s private plane during a trip home from the Academy of Country Music Awards in Las Vegas.

The agreement, obtained by The Post, revealed little other than that the woman made "certain allegations" against Snyder in April 2009 and was subsequently fired. The settlement was signed several weeks later on July 22, 2009, but failed to acknowledge any wrongdoing by Synder or the team.

As part of the settlement, the woman’s status was changed from fired to voluntarily resigned, and she was given a letter of recommendation signed by then-chief operating officer Mitch Gershman, according to the report.

Snyder’s actions were placed under the spotlight over the summer after a bombshell report by The Washington Post that detailed several allegations against him and a number of former executives, accusing them of fostering a malignant workplace for female employees.

In the initial report, 15 women came forward to claim they were sexually harassed; a month later, another 25 leveled similar accusations against the organization.

Snyder has since vowed to change the culture of the team but has denied any knowledge of the lewd cheerleader videos detailed in The Post’s second report.