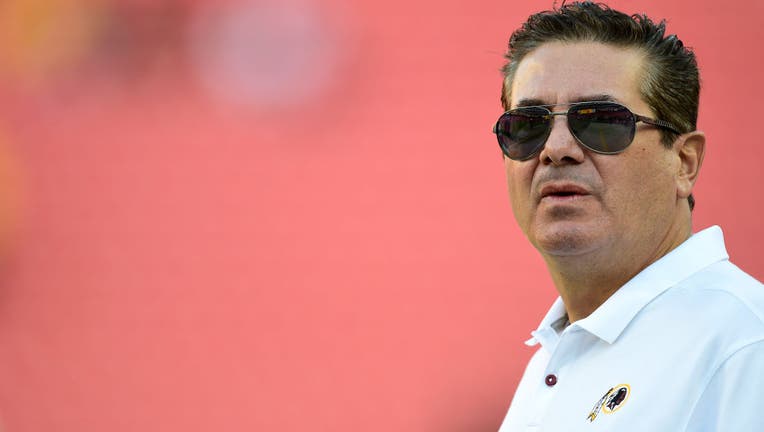 LANDOVER, MD - AUGUST 29: Washington Redskins owner Dan Snyder stands on the field before a preseason game between the Baltimore Ravens and Redskins at FedExField on August 29, 2019 in Landover, Maryland. (Photo by Patrick McDermott/Getty Images)

WASHINGTON - Washington Football Team Owner Dan Snyder will miss today's game in Arizona after recently coming into contact with a friend who tested positive for COVID-19.

Snyder's absence is a precaution. Dr. Casolaro said Snyder and his wife have both since tested negative for COVID-19.

In other team news, Washington Head Coach Ron Rivera told ESPN that he plans to receive another IV for his cancer treatment at halftime of today's game. Rivera also received an IV at halftime of last week's season opener against Philadelphia.

A spokesman for the Washington Football Team tells FOX 5 that it's a "possibility" but not "set in stone" that Rivera receives the IV during today's game.

RELATED: How does Washington contain Kyler Murray? Here are FOX 5's Keys To The Game