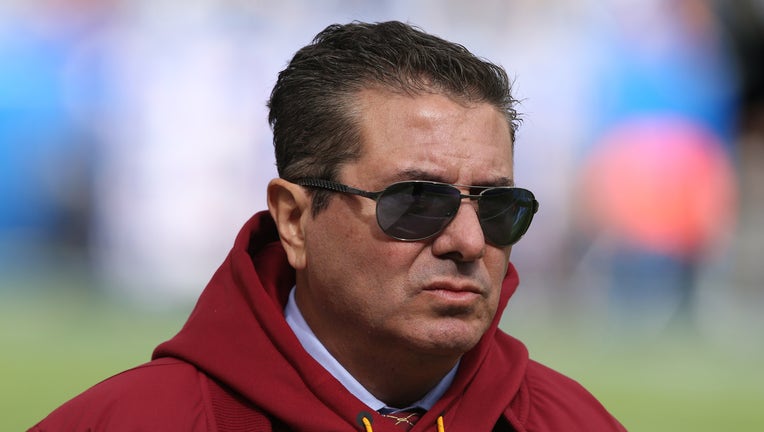 Owner Dan Snyder of the Washington Football Team in action against the New York Giants during their game at MetLife Stadium on October 28, 2018, in East Rutherford, New Jersey. (Photo by Al Pereira/Getty Images)

The Washington Football Team’s long history of alleged misconduct toward the organization’s cheerleaders was further exposed in a new report Friday.

Team owner Daniel Snyder was among those implicated in the latest Washington Post bombshell. Donald Wells, who was the director of the cheerleading team from 1997 to 2009, told the newspaper that he regretted failing to do more to protect the women he led and revealed a remark Snyder told him.

“You better keep them skinny with big t--s or I’ll f--king kill you,” Snyder allegedly told Wells at one point during his tenure with the organization.

The new report further reveals the former cheerleaders’ disdain for how they were allegedly treated while with the organization. The Washington Post revealed accusations in August by several women who detailed incidents of inappropriate behavior in the organization over the last decade, including Snyder allegedly telling a cheerleader to go up to a hotel room with one of his friends to "get to know each other better," the request for an unofficial cheerleading video showing the cheerleaders being inadvertently exploited, and having to abide by stringent rules while in the presence of Snyder.

Chasity Evans, who appeared in the “unofficial video” told the newspaper she had hoped the organization would have treated her and her colleagues with respect.

Evans said she didn’t think about the low pay or work conditions when she was younger.

The Washington Football Team issued a statement to The Post over the allegations.

“Like many companies and organizations, the Washington Football Team is examining its historical practices and behaviors. We take the criticisms of our cheerleading program seriously and we remain committed to reviewing all programs thoroughly,” the statement read.

Snyder and then-senior vice president Larry Michael, who were alleged to have been aware of the video, have denied any knowledge of them.