ON THE HILL: Maryland primary recap

Local political expert Robert McCartney joins the show to look back at the results of this week's primary elections in Maryland.

WASHINGTON - Marylanders will be able to elect a new governor, attorney general and comptroller this November — along with dozens of local mayoral races.

Here is a comprehensive guide on when to vote, where to vote, who can vote, how to register to vote and more useful voting information for Maryland's 2022 elections.

Who can vote early?

If you're not registered yet but you are eligible, you can also vote during early voting.  Register and vote by going to an early voting center in the county where you live and bringing a document that proves where you live. Click here to see what documents to bring.

When can I vote?

Early voting starts on Thursday, Oct. 27 and runs until Thursday, Nov. 3 from 7am to 8pm, including Saturday and Sunday.

Election Day is Tuesday, Nov. 8 from 7am to 8pm. Anyone in line at 8pm will be allowed to vote.

How can I register to vote?

Register to vote in person by submitting a voter registration application by Oct. 18 at:

Here's what you can bring to vote day-of:

How do I vote during early voting?

You can vote early in person, or vote with a mail-in ballot by mailing it in or dropping it off at a dropbox.

You may ask an election judge to explain how to vote, but you must cast your vote alone unless you are unable to do so because you have a disability or are unable to read or write the English language.

How do I vote with a mail-in ballot?

For Maryland residents who want to receive their ballot by mail or fax, requests must be received (not just mailed) by Nov. 1.

Marylanders can request a mail-in ballot using this website. You can also fill out this form and return it to your local board of elections.

Check here to see if you're already registered to vote.

Where can I vote in person?

During Early Voting from Oct. 27 to Nov. 3, visit an early voting center in your county to vote.

On Election Day on Nov. 8, visit your assigned polling place to vote.

Who's on the ballot? 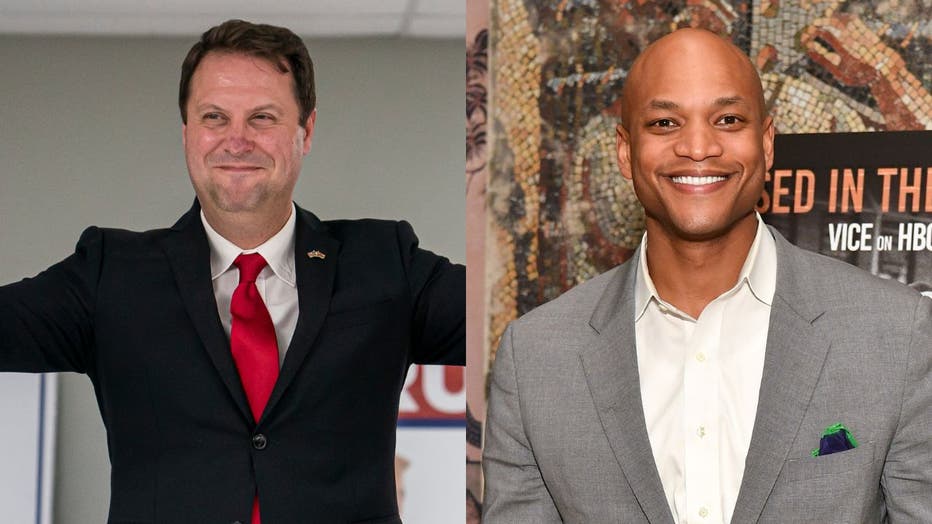 Wes Moore, a Democrat, will compete against state Del. Dan Cox, a Republican. Moore, who was backed by Oprah Winfrey, was born in Takoma Park and served as a captain and paratrooper with the U.S. Army’s 82nd Airborne.

One on one with Maryland Democratic Governor Candidate Wes Moore

Maryland Democratic Governor Candidate Wes Moore joins FOX 5 to discuss his thoughts on a range of issues on voters' minds as they head to the polls this November from infrastructure to public safety to bipartisanship.

Cox, a right-wing member of the Maryland House of Delegates, has been polling behind Moore by more than 30 points according to recent polling.

FOX 5 spoke Dan Cox, the Maryland Republican nominee for governor, who discuss his primary win, his platform and the race for governor.

A spokesperson for the Moore campaign told FOX 5 earlier this month they "have the momentum but we can't take our foot off the gas."

Chris Van Hollen, a Democrat, is running for a second term against Republican Chris Chaffee.

ON THE HILL: Maryland to vote on legalizing marijuana in November

Journalist Karina Elwood from the Washington Post joins the show to talk Marylanders' opinions on legalizing marijuana, as state voters get ready to vote on the issue in November.

Maryland residents have the opportunity to vote whether residents over 21 years old will be able to purchase marijuana products legally starting July 1, 2023. With President Joe Biden's recent executive order to pardon all people convicted of simple marijuana possession under federal law, the issue is top of mind for many this election season.

According to a study by the ACLU, between 2010 and 2018 Maryland was home to three of the top 10 counties with the highest rates of marijuana possession arrests in the country. If the ballot referendum passes, those who were arrested for possessing the drug could have their record expunged.