Bradley Beal spoke with the media Friday for the first time since signing a five-year contract that could pay him as much as $251 million.

WASHINGTON - Bradley Beal and the Wizards renewed their commitment to each other when he agreed to a five-year deal worth up to $251 million to stay in Washington.

Whether that commitment will make the next five years any more successful than the last 10 is the big question.

"I want to win a championship and I want to do it here," Beal said Friday in a news conference to discuss his max-value contract. "I believe that we can win in D.C."

There hasn’t been much evidence that the Wizards can back up that belief. Since drafting Beal in 2012 to play alongside point guard John Wall, the Wizards have made five playoff appearances, never advancing beyond the second round — and the last time they got even that far was five years ago, the last full season Wall played in Washington.

Since then, the Wizards have had a revolving door at point guard alongside Beal, who averaged over 30 points in 2019-20 and 2020-21, and haven’t persuaded a big-name free agent to join him in a star-driven league. 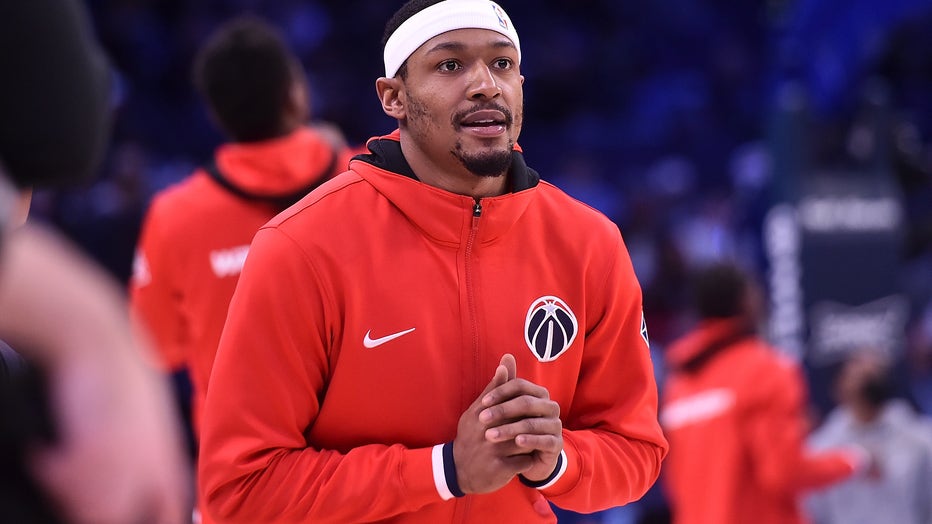 MEMPHIS, TENNESSEE - JANUARY 29: Bradley Beal #3 of the Washington Wizards before the game against the Memphis Grizzlies at FedExForum on January 29, 2022 in Memphis, Tennessee. NOTE TO USER: User expressly acknowledges and agrees that, by downloadin

"We have the opportunity to show the NBA what happens, the commitment that we’ll make to our players, to their career," general manager Tommy Sheppard said. "You’re talking about one of the most coveted free agents on the market re-signing with the Washington Wizards, committing to what he believes, that we can win here."

This season, the Wizards will surround Beal with big man Kristaps Porzingis, acquired in a midseason trade with Dallas; Kyle Kuzma, who became the team’s primary scorer with Beal sidelined by injury in the second half of last season; a new point guard in Monte Morris, acquired in a trade with Denver; and a collection of young role players including Rui Hachimura, Deni Avdija, Corey Kispert and Daniel Gafford.

"We’re doing everything we can to make that mix right. We’re a free agent away," owner Ted Leonsis said. "We’re always looking at how we can improve, and Tommy has been given the green light and I’ve said no to nothing. I want to win."

Beal has become rooted in the Washington area through philanthropic efforts and has shown a growing awareness of social issues. He began his news conference by lamenting the imprisonment of WNBA star Brittney Griner in Russia; the mass shooting at a July 4 parade in Highland Park, Illinois; and a spate of gun violence in his hometown of St. Louis.

His two young sons attended the news conference and Beal noted that because of his financial security, "they think they won’t have to work for anything. I have to try to find that balance and figure it out. You don’t see that all the time, especially in the Black community."

Beal said he’s comfortable with his decision and that winning a championship in Washington would be more satisfying than chasing a title with a "super team."