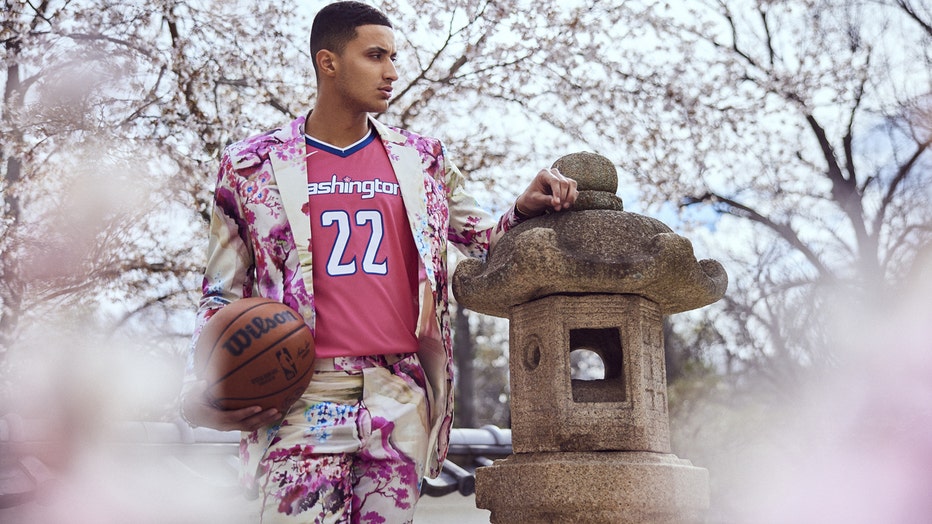 The 2022-23 Wizards NBA City Edition uniform emphasizes the colors of the cherry blossoms and has pink as the base color of the jersey. The new jersey features silhouettes of cherry blossoms on the side and has white accents throughout the uniform. They uniforms also feature a deep blue ombre on the shorts -- symbolizing the blossoms on the water of the Tidal Basin.

The Wizards say the uniforms also include three cherry blossoms just above the official NBA tag designed to mirror the three-star design of the Washington, D.C. flag. 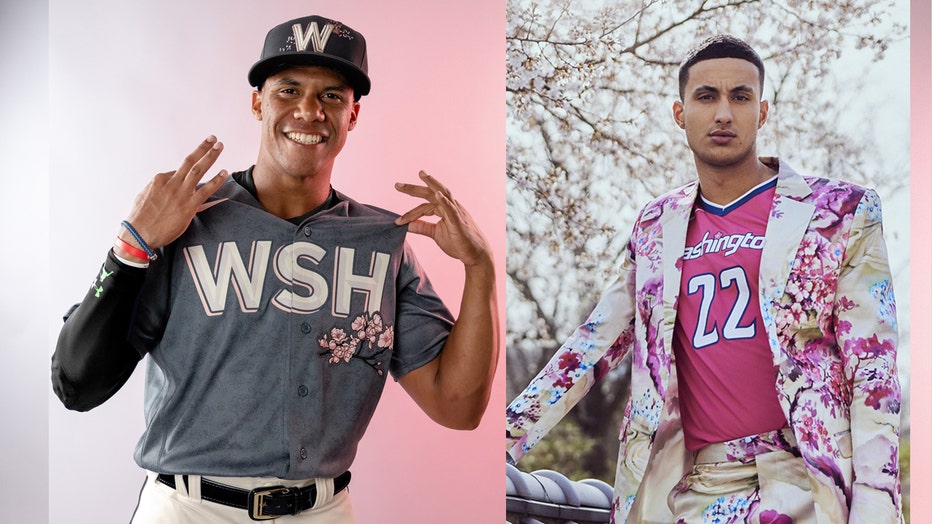 Washington National Juan Soto and Washington Wizard Kyle Kuzma shown in new cherry blossom inspired uniforms that will be worn by their teams.

"We are excited to announce our Cherry Blossom jersey today and look forward to seeing them on the court next season," said Monumental Sports & Entertainment Chief Marketing Officer Hunter Lochmann in a statement. "Our great partnership with Nike and the Nationals and the timing of D.C.'s Cherry Blossom Festival have allowed us to be the first NBA team to announce our 2022-23 City Edition uniform. We know Wizards fans have been asking for a Cherry Blossom jersey for some time, so we are glad it's come to fruition."

The Wizards will wear the Nike NBA City Edition uniform throughout the 2022-23 NBA season. The team released photos of Kyle Kuzma wearing the new uniform. 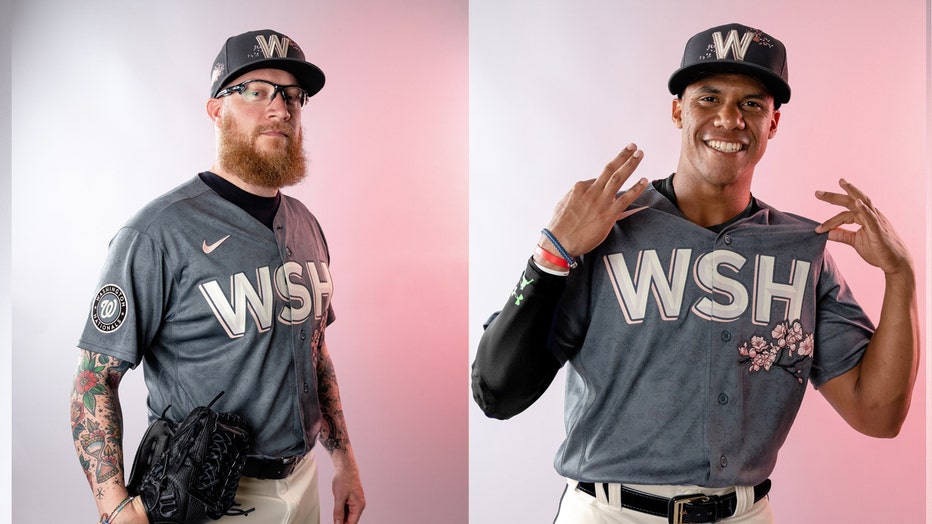 The Nationals say the pink and ivory color palette color of the new uniforms evoke the feeling of spring in D.C. The uniforms feature cherry blossom petals and branches, as well as the city flag.

"Washington D.C.'s cherry blossoms represent hope and new beginnings, making them the perfect symbol of this Nationals team," said Mark D. Lerner, managing principal owner of the Washington Nationals in a statement. "We’re excited to unveil these beautiful uniforms as the embodiment of our historic organization’s hopeful future as we lead the District of Cherry Blossoms celebration with our friends at the Wizards." 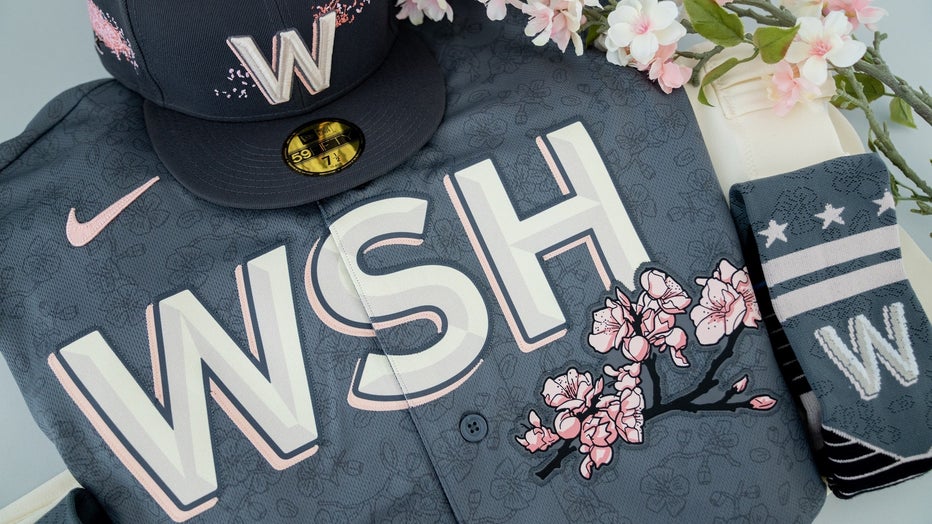 The Nationals’ City Connect uniforms will be worn during select games throughout the 2022 season and will make their on-field debut during the team’s home-opening weekend on Saturday, April 9 and Sunday, April 10. 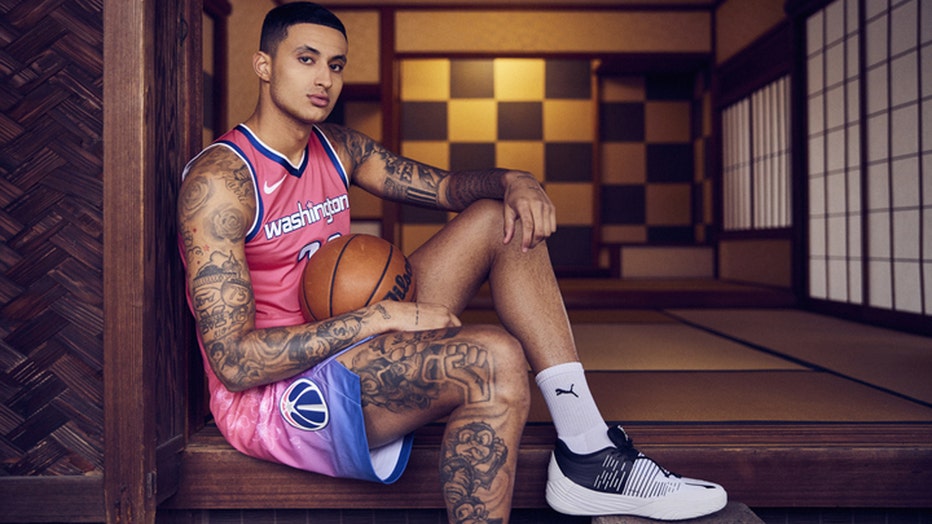 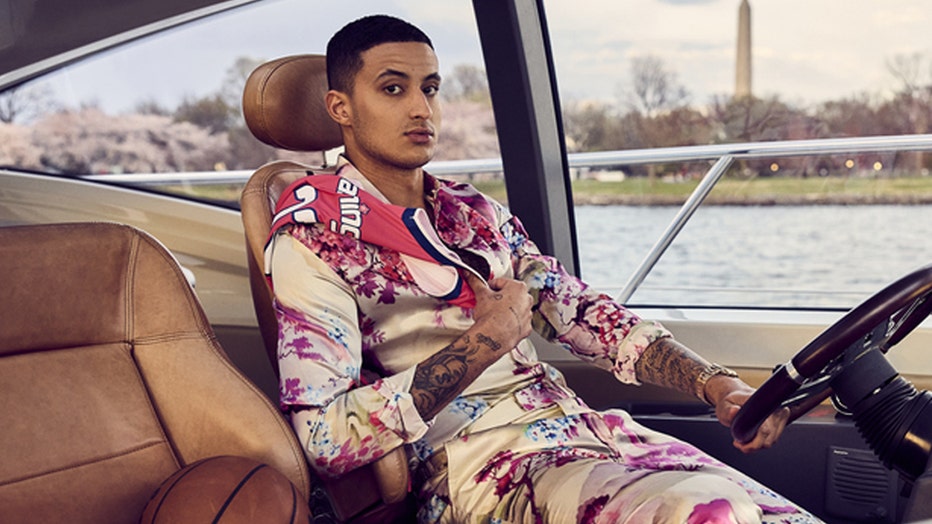