WASHINGTON - Veteran quarterback Ryan Fitzpatrick has signed with the Washington Football Team, according to multiple reports.

NFL Network's Tom Pelissero says the quarterback and the team have reached a one year, $10 million deal.

ESPN's Adam Schefter says the deal could grow to $12 million with incentives.

The Washington Football Team will be Fitzpatrick's ninth team in his 17-year career. 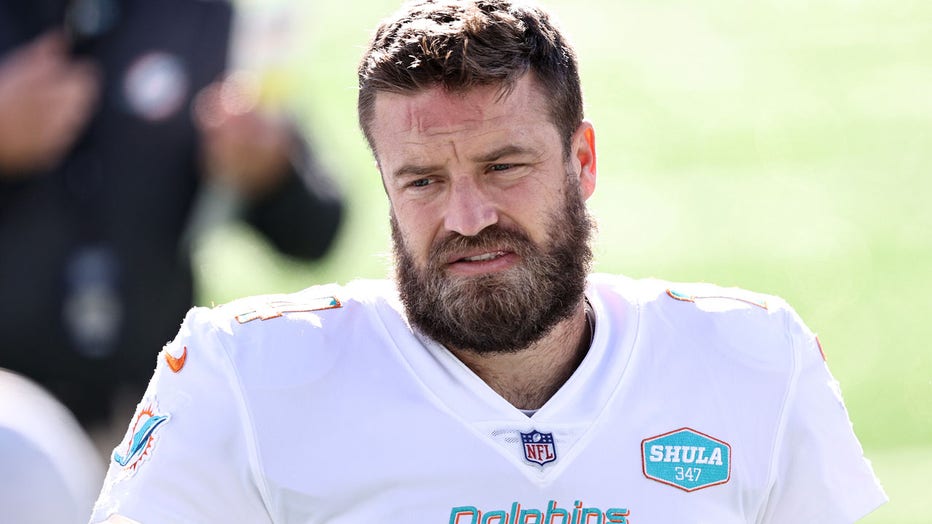 Ryan Fitzpatrick #14 of the Miami Dolphins warms up prior to their game against the New York Jets at MetLife Stadium on November 29, 2020 in East Rutherford, New Jersey. (Photo by Elsa/Getty Images)

Smith returned to the field for Washington in October last season after working his way back from a gruesome leg injury in 2018.

He was named the league's Comeback Player of the Year for the 2020 season after he helped guide the team to the postseason by winning the NFC East.

Washington also has the 19th pick in the draft and could use one of its first few selections on a QB of the future. Fitzpatrick would be in the mix for the present on what’s expected to be a one-year deal.

The Harvard graduate, who was a seventh-round pick, 250th overall, in the same 2005 draft where Smith went first, has since appeared in 165 NFL games, all in the regular season. He has 223 touchdowns, 179 interceptions and thrown for 34,977 yards.