PRINCE GEORGE'S COUNTY, Md. (FOX 5 DC) - It was a rollercoaster of a season for the Washington Football Team, but two players have managed to claim awards to honor the team. 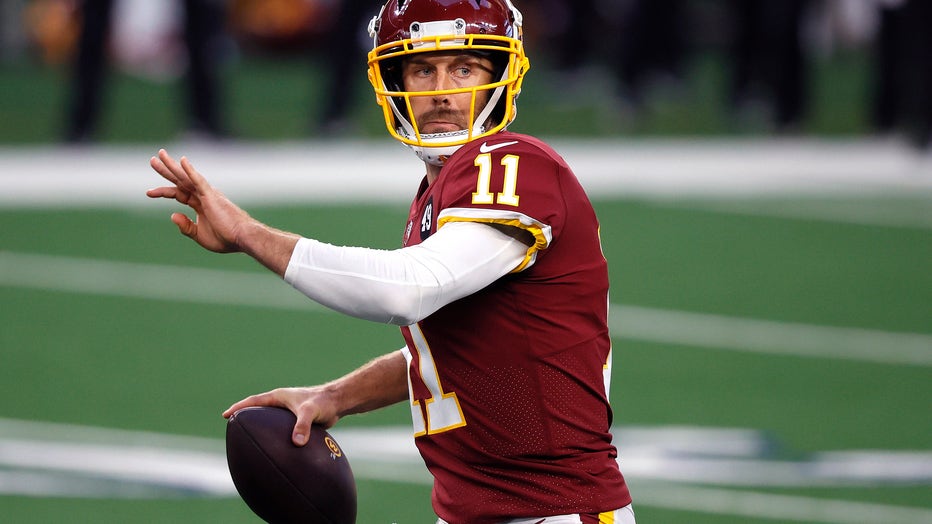 ARLINGTON, TEXAS - NOVEMBER 26: Alex Smith #11 of the Washington Football Team looks to pass during the second quarter of a game against the Dallas Cowboys at AT&T Stadium on November 26, 2020 in Arlington, Texas. (Photo by Tom Pennington/Getty I

Quarterback Alex Smith was the Comeback Player of the Year in one of the most inspirational stories of 2020, and edge rusher Chase Young got the top defensive rookie.

PREVIOUS COVERAGE: The last time the Washington Football Team won a playoff game was in 2006 - here's what was going on

The 36-year-old Smith completed a remarkable comeback from a broken right leg that required 17 surgeries to repair. Smith stepped in to start eight games before a strained right calf in the same leg sidelined him for the postseason spot he helped the team secure.

Everyone across the league cited Smith as an inspiration.

"It is humbling when I hear that," Smith said. "I know for how long I spent thinking about and looking at the men and women who inspired me. I am stuck in the hospital bed, stuck in a wheelchair, spent countless hours googling and looking at videos of our servicemen and women going through the same rehab as I went through...So there were definitely people in front of me that I am so thankful for that allowed me to go down this path. And obviously, I am humbled and I guess you hope that you can kind of be a link in that chain for anybody coming behind you."

Young was drafted four spots ahead of offensive rookie honoree and Chargers quarterback Justin Herbert. The edge rusher led all rookies with 7 1/2 sacks and should be an anchor of the team’s defense throughout the decade.

"I came in eager to just work hard and be a sponge," Young said, "and I watched coach (Jack) Del Rio and (head coach Ron) Rivera just from afar, and always just tried to pick their minds about football in general. And I feel like that helped me throughout the year."