PHILADELPHIA - A fan at the Wells Fargo Center in Philadelphia on Wednesday night dumped popcorn on Washington Wizards star Russell Westbrook's head as he was walking back to the locker room to tend to an injury during Game 2 of the team’s matchup with the 76ers.

Westbrook was already dealing with an ankle injury earlier in the game when he was guarding Ben Simmons and hit the deck for a few moments. Later, in the fourth quarter, Westbrook would collide with Furkan Korkmaz. He limped off the floor and headed back into the locker room.

As he was heading back, a fan dumped popcorn on his head. Westbrook had to be restrained by security and trainers. The NBA’s triple-double king was irate. 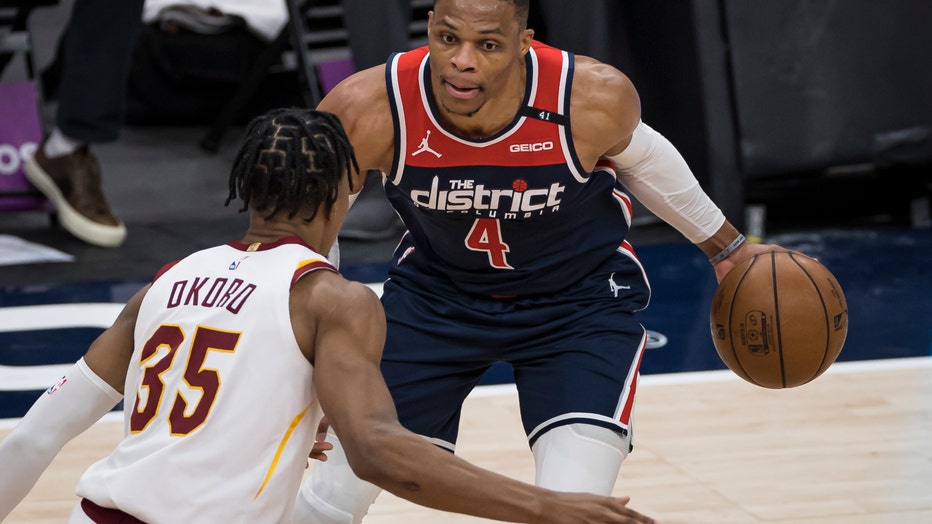 WASHINGTON, DC - MAY 14: Russell Westbrook #4 of the Washington Wizards drives against Isaac Okoro #35 of the Cleveland Cavaliers during the first half at Capital One Arena on May 14, 2021 in Washington, DC. NOTE TO USER: User expressly acknowledges

"I wouldn’t come up to me on the street and throw popcorn on my head, because you know what happens. ... In these arenas, you gotta start protecting the players. We’ll see what the NBA does," he said after the game.

NBA players and fans reacted to the incident on social media.

Valerie Camillo, the president of business operations for the Wells Fargo Center, called the fan "classless."

"This was classless, unacceptable behavior and we’re not going to tolerate it at Wells Fargo Center. We’re proud to have the most passionate fans in the country and the best home-court and home-ice advantage around, but this type of behavior has no place in our arena," Camillo said.

It’s not the first time Westbrook has had to deal with unruly fan behavior.

A fan was removed from the game for making an obscene gesture toward Westbrook. During a game in Utah, Westbrook was also the subject of fan vitriol in the playoffs.