There’s a chance of Nats Opening Day with fans

The Washington Nationals are set to start their 2021 season on April 1, but after initially saying they would not have fans in the stadium, there appears now to be a chance some Nats fans could see the team play in person.

WASHINGTON (FOX 5 DC) - The Washington Nationals are set to start their 2021 season on April 1st, but after initially saying they would not have fans in the stadium, there appears now to be a chance some Nats fans could see the team play in person.

Back in 2019, the phrase "stay in the fight" became a rallying cry for the Nats and their fans – and if there’s a fighting chance to get some fans back here they’ll take it.

PREVIOUS COVERAGE: Washington Nationals games can resume with no fans – for now

D.C. Mayor Muriel Bowser made an announcement during a Monday press conference that says a final decision on allowing fans into Nationals Park could come as soon as next week. The mayor says the decision will be based on coronavirus metrics. 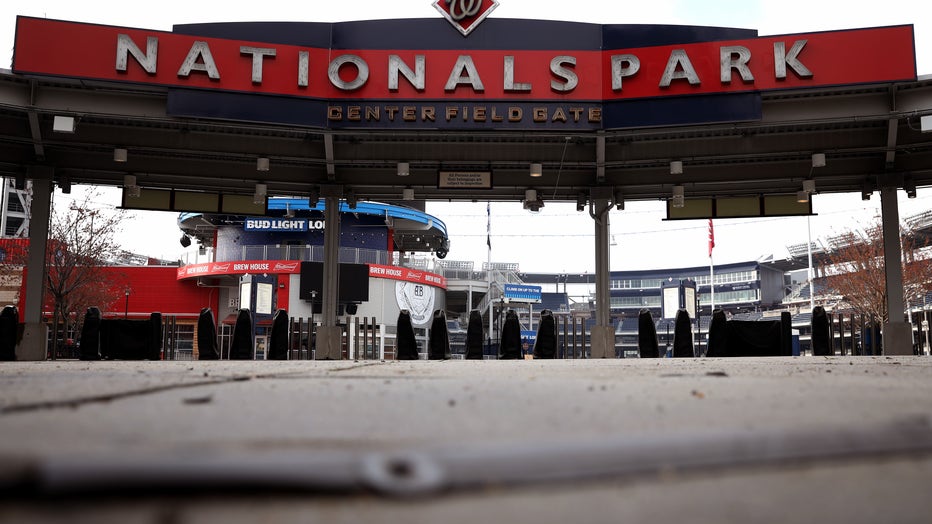 Fritz Brogan is the owner of Mission Navy Yard restaurant, which is across the street from Nationals Park.  He’s hoping that D.C. will give the green light for a limited number of fans to return so they can start to get back on their feet.

"It definitely hurt. I mean we still had fans come in last season to watch the games in person on TV to hear the crack of the bat from the stadium, but we’re luck Navy Yard is a great neighborhood – there’s new buildings going up every day – baseball or no baseball, but we want baseball if we can," said Brogan.

Why make this decision in mid-March? Well, the mayor says that will give them a better look at how COVID variants are affecting the city and the region. Level 2 reopening would include things like sports venues. The Nats of course are in spring training right, now. They’ll face off against the Mets here on April 1 – with or without fans.