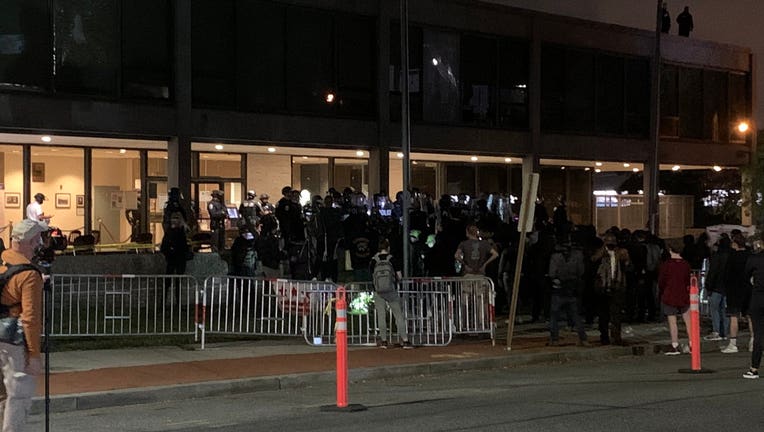 WASHINGTON (FOX 5 DC) - U.S. Park Police confirmed with FOX 5 that someone pointed a laser at their helicopter during protests earlier this week in front of the Fourth District Police Station in D.C. after a police-moped pursuit turned fatal last Friday.

Park Police say there was one reported occurrence Wednesday night and no one was injured.

D.C. Police say no one has been arrested yet in connection with the federal crime, which could potentially lead to prison time, according to FOX 5's Lindsay Watts.

Police also say one of their officers was injured when a protester shone a laser in his eyes Wednesday.

On Thursday, D.C. Police released body camera video related to the death of a moped driver who officials said collided with another vehicle shortly after officers activated their emergency lights.

The incident happened last Friday in the Northwest and sparked several nights of protests.

Police say 20-year-old Karon Hylton had been operating an electric moped without a helmet on the sidewalk and officers attempted to make a traffic stop.

He collided with a vehicle as he exited an alley and cops tried to perform CPR on him, according to a statement. He was pronounced dead at a hospital on Monday, three days after the incident. 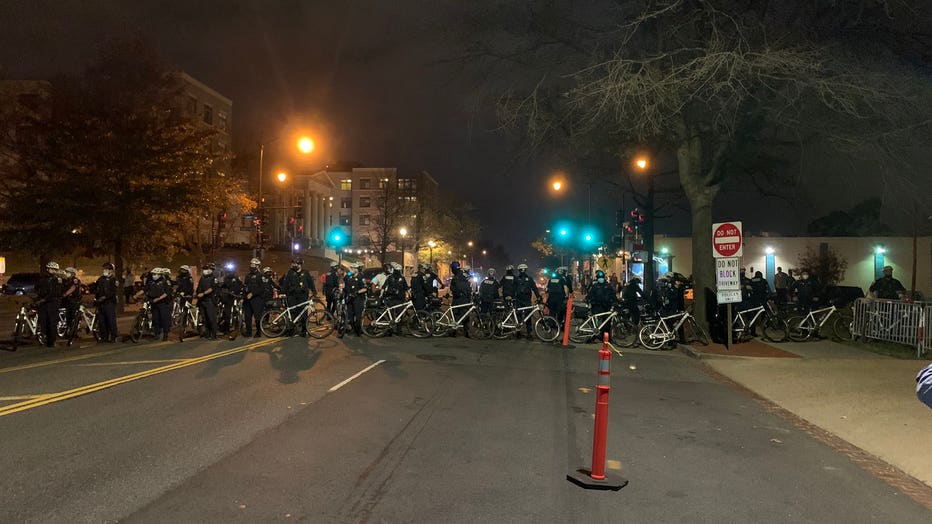 That protest reportedly grew violent, according to D.C. police, who tell FOX 5 that rocks, bricks, and other items were used to smash the doors and windows of the police station.

FOX 5's Evan Lambert, however, reported the demonstrations were largely peaceful throughout the night before they were dispersed.