A host of performers - including his alma mater's marching band - accompanied President Joe Biden on his way to the White House following Wednesday's inauguration.

Prior to the parade, the bands' practice runs provided a rare sense of normalcy to the unprecedented inauguration.

The inauguration arrives in the midst of the coronavirus pandemic, and in the wake of a riot that overtook the Capitol building just two weeks earlier. 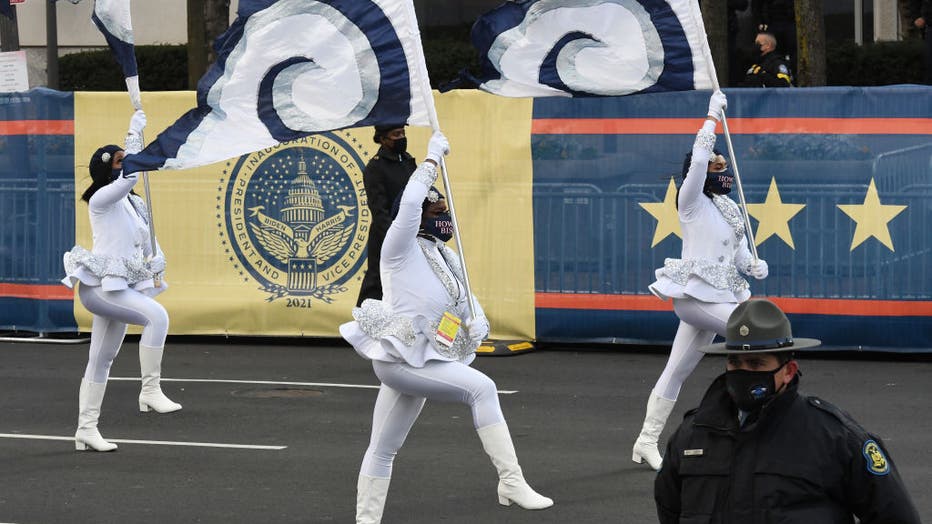 The performances preceded a virtual event titled "Parades Across America."

"It is our esteemed honor to be involved in the historic inauguration of President-elect Joe Biden and Vice President-elect Kamala Harris," said Howard University President Wayne A. I. Frederick ahead of the historic event. "Throughout her career, the vice president-elect has carried her Howard education with her, ensuring that she adhere to truth and service and inspiring her to achieve unprecedented levels of excellence."

The University of Delaware marching band, called the Fightin' Blue Hen Marching Band, was also set to escort Biden after he is officially sworn into office, according to a university news release.

"It is a tremendous honor for the University of Delaware Marching Band Drumline Battery to be one of only two civilian groups participating in the inaugural events in person on Wednesday," said UD President Dennis Assanis. "We are excited to share our UD pride with the world, and we will all be cheering on our students as they help celebrate this amazing milestone for a fellow Blue Hen." 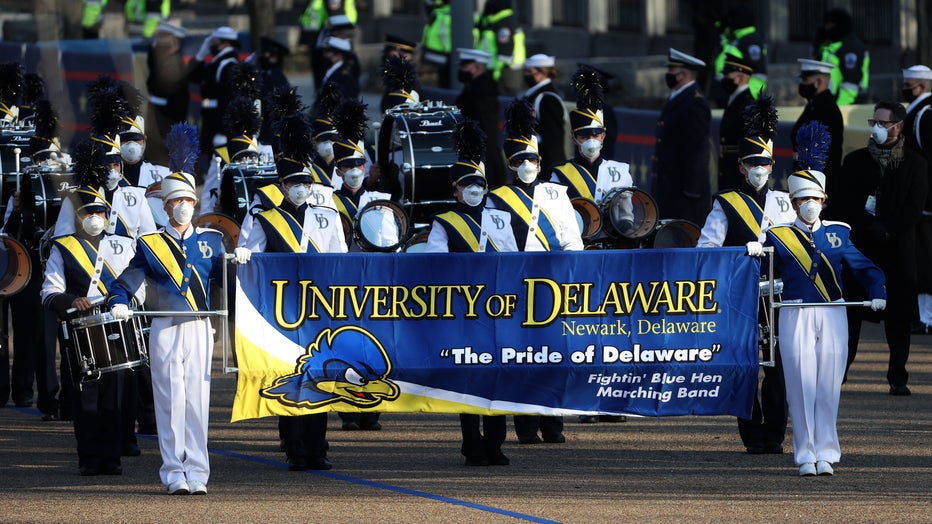 The University of Delaware Marching Band walk the abbreviated parade route following the inauguration of U.S. President Joe Biden on January 20, 2021 in Washington, DC. Biden became the 46th president of the United States earlier today during the cer