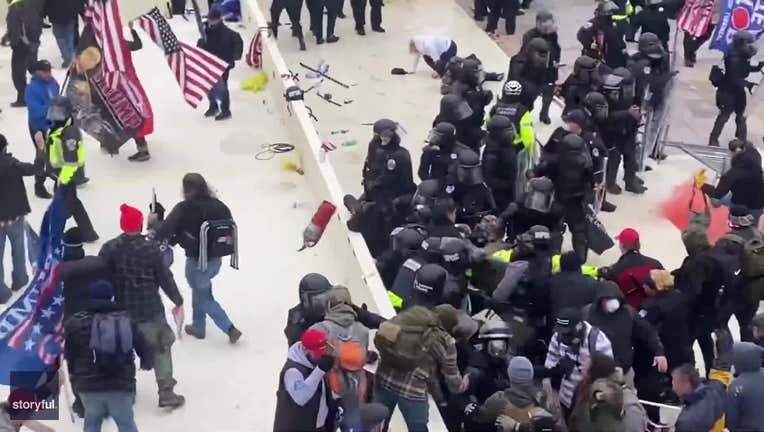 CHESTER, Pa. - A retired Pennsylvania firefighter was arrested Thursday on federal charges that he threw a fire extinguisher that hit three Capitol Police officers during the violent siege on the Capitol last week.

Robert Sanford, who retired last March from the Chester Fire Department, was arrested on charges that include assault of a police officer, disorderly conduct on Capitol grounds, civil disorder and unlawfully entering the Capitol.

The charges against Sanford are not related to the widely publicized attack on Officer Brian Sicknick, who also was attacked with a fire extinguisher during the siege and died.

Sanford, who surrendered to the FBI early Thursday, was being held in Pennsylvania's Lehigh County jail, where he had an initial appearance via video Thursday before U.S. Magistrate Judge Henry S. Perkin, whose courtroom is in Allentown. 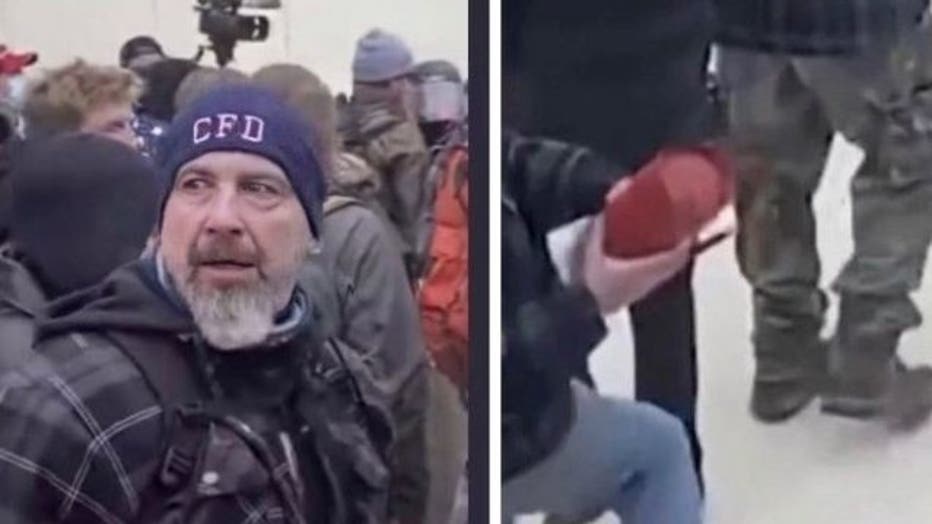 Federal authorities say they used multiple videos from the scene to identify Sanford as a suspect.

Sanford's lawyer argued that Sanford should be released on bail, citing his lengthy service as a firefighter, his strong family ties and his lack of a criminal record. Sanford did not go to Washington with the intent of rioting, and does not belong to any extremist groups, defense lawyer Enrique Latoison argued.

A federal prosecutor noted that a search of Sanford's house Thursday turned up T-shirt associated with the Proud Boys, a far-right extremist group.

Noting the seriousness of the charges, the judge ordered Sanford to be held without bail, saying he presented a danger to the community.

Authorities said the case will be prosecuted in Washington.

The FBI asked the public this week to help identify a man seen in video stills who wore a hat with the letters CFD, picked up a fire extinguisher and threw it at police outside the Capitol on Jan. 6. According to the charging documents, the extinguisher bounced off the heads of three officers, two of whom wore helmets.

Sanford, 55, traveled by bus with other people to the Capitol, according to documents. He told a friend when he returned home that he had been on the grounds for 10 minutes before leaving but did not mention throwing anything at officers, authorities said.

The friend saw the photos released by federal authorities and contacted police.

Chester Mayor Thaddeus Kirkland released a statement following Sanford's arrest Thursday confirming Sanford was a member of the Chester Fire Department from January 1994 until his retirement in February 2020.

"City officials are aware that a former Chester Firefighter allegedly attended and participated in the insurrection that took place in our nation’s capital last week.  While Robert Sanford adorned a hat with a Fire Department logo, he is not a current employee of the city of Chester," Mayor Kirkland stated.

"As the First Amendment of our Constitution outlines the right to free speech and to peaceful assembly, the actions of the rioters in D.C. last week hinged on characteristics of domestic terrorism," he added. "As such, if any person, be it current or former employee or resident, is confirmed to have participated in last week’s event at the Capitol, then we hope our legal system will work according to its purpose and bring them to justice."

Trump impeached by House for ‘incitement of insurrection,’ becomes only president to be impeached twice