Police are still looking for one suspect after an officer was struck by a vehicle and another officer fired his weapon during an investigation in Temple Hills.

TEMPLE HILLS, Md. - A third suspect involved in an incident in Temple Hills in which one officer was struck by a vehicle and another fired his gun is now in custody, according to Prince George’s County police.

Early on Wednesday afternoon, authorities in Prince George's County say an officer who was hurt after being struck by a vehicle in the Temple Hills area near Naylor Road and Suitland Parkway had been treated and released from the hospital with minor injuries.

Officials give update on officer struck by vehicle in Temple Hills

Officials give an update after an officer was hurt after being struck by a vehicle in the Temple Hills area.

Breaking news in Prince George's County -- authorities say an officer was hurt after being struck by a vehicle in the Temple Hills area near Naylor Road and Suitland Parkway. 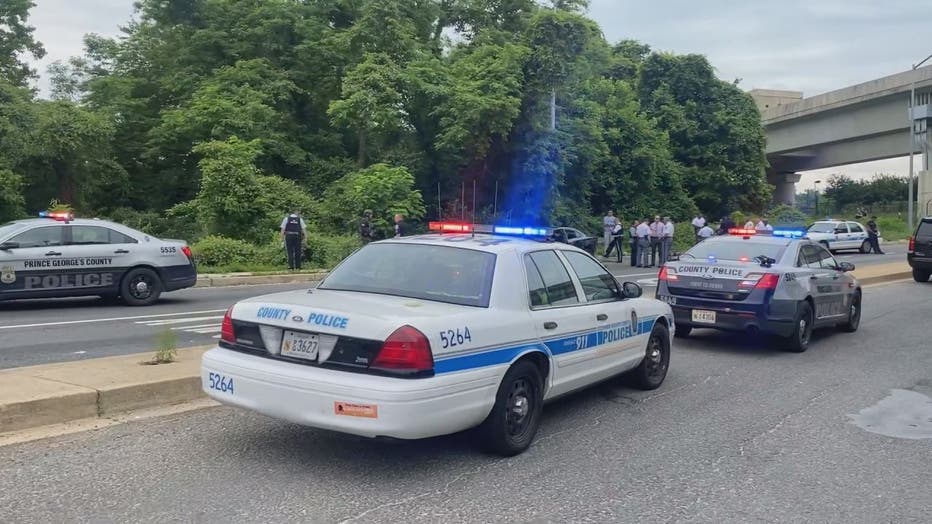 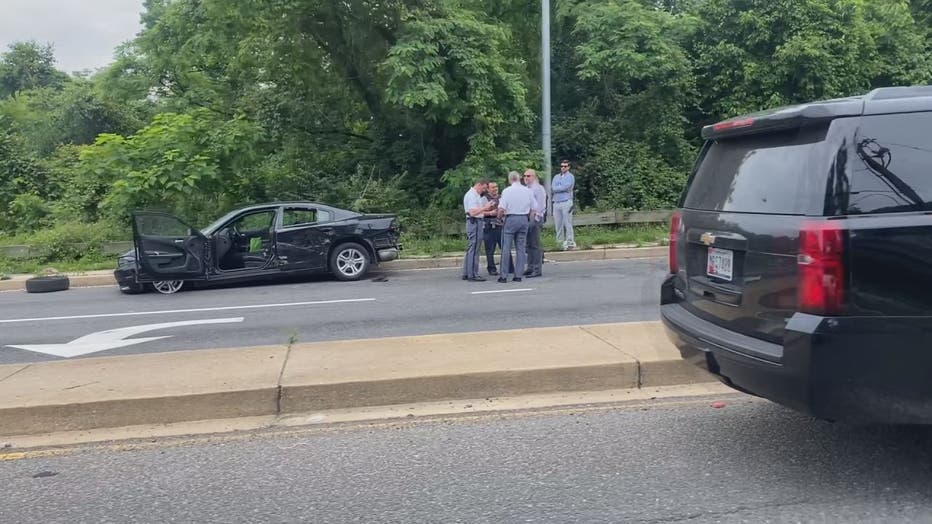 Police say the officer was responding to the 4900 block of Beech Road near Temple Hills with another officer to investigate credit card fraud at a business at that location that appears to be a car repair shop, according to officials.

Both officers exited the police cruiser and approached the business when a black Dodge Charger came out of a garage "at a high rate of speed," striking one of the officers.

The second officer on scene then discharged his weapon into the Charger before the suspects fled the parking lot.

Officials say the second officer then got back in the police cruiser to pursue the Charger, calling for backup and informing personnel about the incident.

The suspects got out of the Charger at Nayor Road and Suitland Parkway and fled, although it is not clear why or how they were stopped. 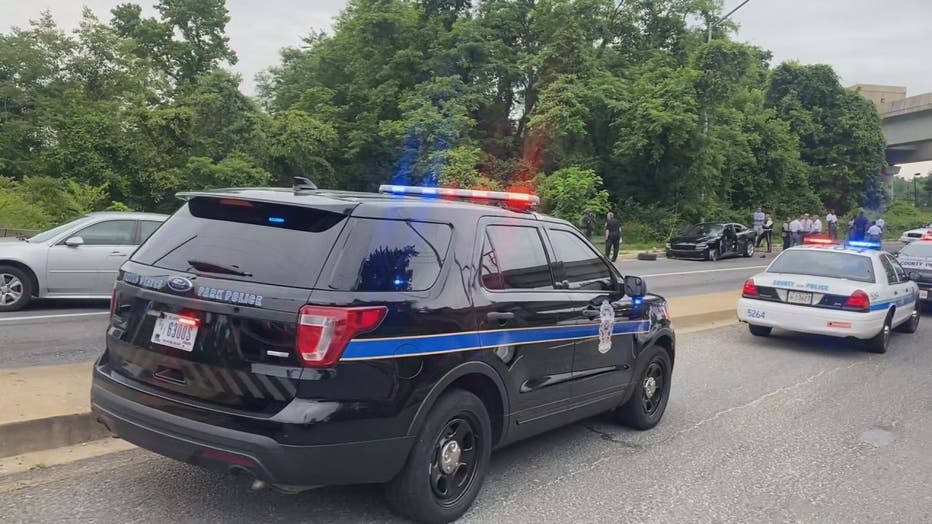 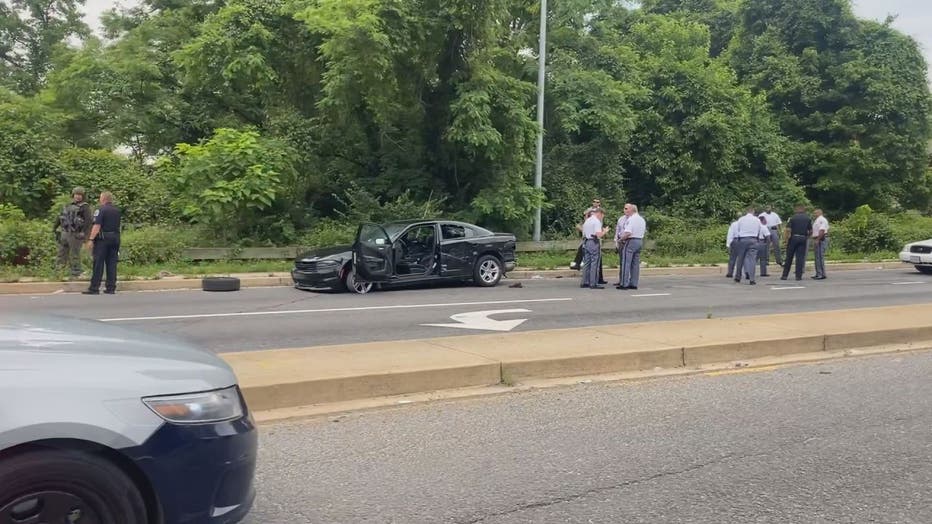 Officers apprehended two of the three suspects. Both apprehended suspects were taken to the hospital as one was tased and the other had some sort of medical emergency on scene. Minor injuries were reported for both suspects and they should both be discharged soon.

Police confirmed that a third suspect was in custody Wednesday evening.

The officer struck by the Charger had minor injuries and was treated and released from the hospital.

The officer who discharged his weapon has been placed on administrative leave as is protocol.

Officials say the Charger the suspects were driving was a stolen vehicle out of D.C.

The incident is still under investigation. Check back with FOX 5 for more updates.