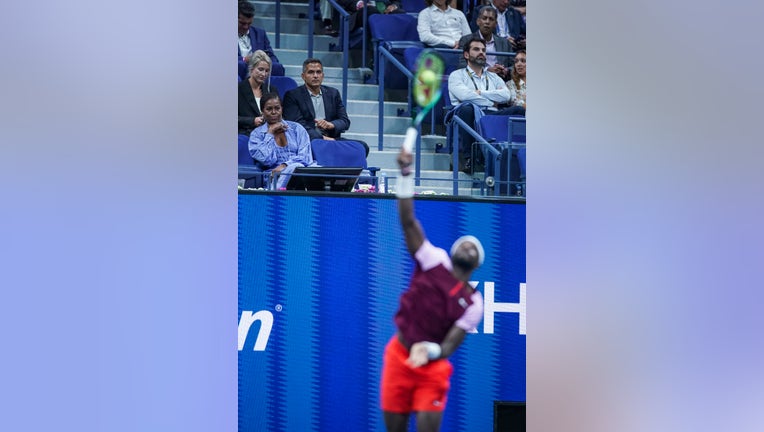 NEW YORK, NEW YORK - SEPTEMBER 9: Former First Lady Michelle Obama attends the tennis match between Frances Tiafoe of the United States and Carlos Alcaraz of Spain during their Men's Singles Semifinal match during day 12 of the 2022 US Open at the US

Down on the U.S. Open court below, Hyattsville, Maryland native Frances Tiafoe was pleased to see he had a new fan.

Mrs. Obama had a seat in the front row behind the baseline to watch the American play Friday night in the semifinals in Arthur Ashe Stadium, giving him a thumbs-up and a shoutout when she was shown on the video screens.

"She sees me and she’s actually excited to see me," Tiafoe said. 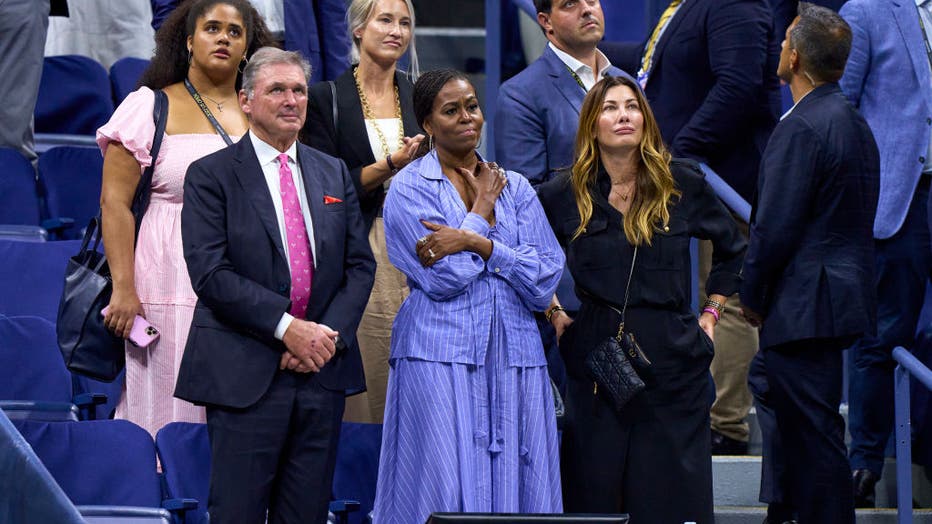 And to think, he feared he’d made a bad first impression on the former first lady.

Not long after he spotted Mrs. Obama, even before she was shown to fans, Tiafoe remembered hitting a particularly bad shot.

"I think I shanked a return," he said, recalling that he thought "she thinks I’m a bum. Can’t make a return." 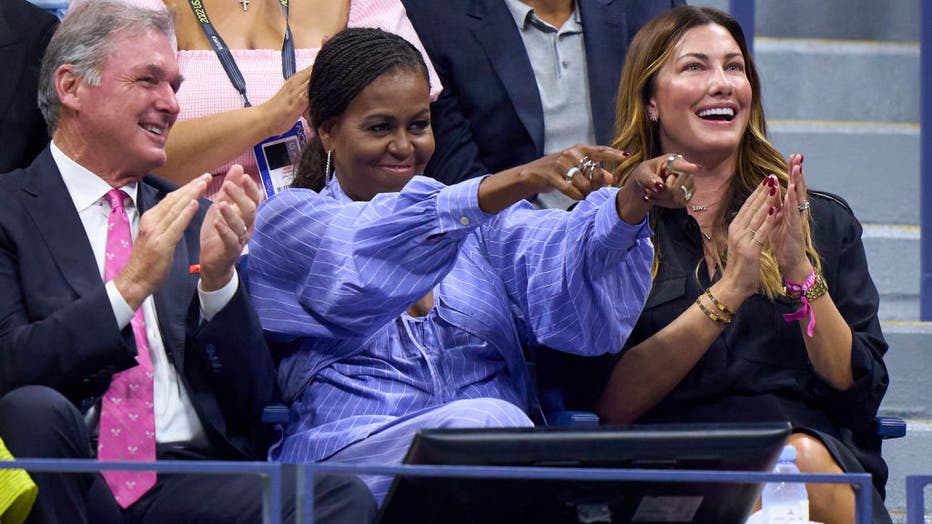 That ended the deepest run by an American man in the U.S. Open since Andy Roddick reached the 2006 final, and left Tiafoe one win shy of becoming the first Black man from the U.S. in a major final since MaliVai Washington was the runner-up at Wimbledon in 1996. 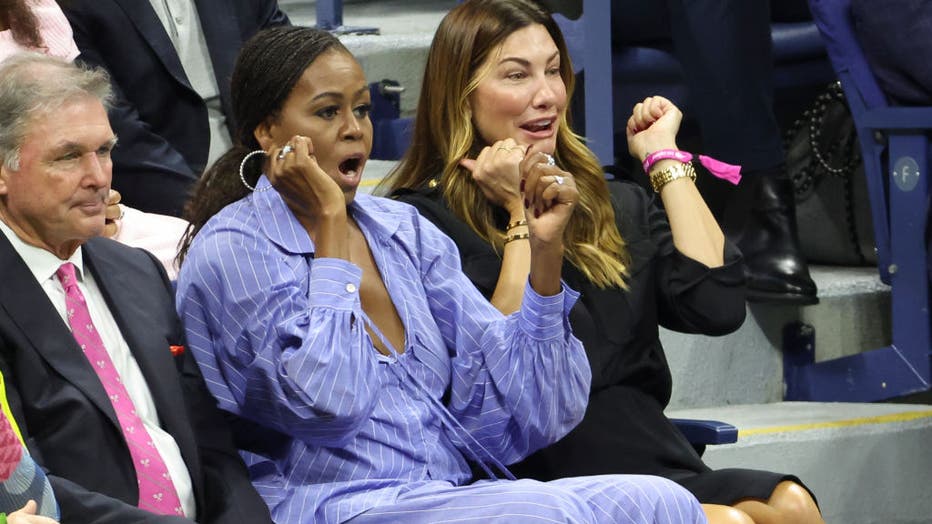 NEW YORK, NY - SEPTEMBER 9 : Former First Lady Michelle Obama, Jill McCormick aka Jill Vedder attend the men's semifinal between Frances Tiafoe of USA and Carlos Alcaraz of Spain on day 12 of the US Open 2022, 4th Grand Slam of the season, at the UST

After the match, he got to speak with Mrs. Obama and they walked out through the tunnel from the court together. He said goodbye before meeting up with his supporters that again included Washington Wizards star Bradley Beal.

"Obviously there was a lot of who’s whos in there tonight," Tiafoe said. "Obviously we all know what she means. Crazy getting to meet her after.