Supply-chain woes are this year's Grinch, threatening to steal gifts and good cheer. But TV is overstocked with holiday specials and rom-coms — including the Food Network's first movie and the rebranded GAC Family channel's Christmas debut.

There are options for watching some old favorites, such as 1965′s "A Charlie Brown Christmas." The Peanuts special will air on PBS and is available on Apple TV+, which acquired the classic in 2020. The free viewing window the streaming service offered for it then has snapped shut this year.

In a twist for the Food Network’s film, its debut is on corporate sibling discovery+. The streaming service offers a free-trial option so, like Santa Claus scoring courtesy cookies, enjoy the gift while it lasts.

Here's a sampling of what to watch while sipping nog and nibbling on roasted chestnuts — if available on store shelves. All air times are Eastern.

"A Rich Christmas," streaming now on BET+. A self-absorbed socialite gets a new perspective on life when she’s forced to work at a family homeless shelter. Bill Bellamy and Tyler Abron star.

"A Kiss Before Christmas," Hallmark Channel, Sunday, Nov. 21. James Denton, Teri Hatcher and Marilu Henner star in the tale of a man who gets the alternate life he wished for, and tries to give it back.

"Who Is Christmas Eve?" Bounce, 8 p.m. Sunday, Nov. 21. A young woman (Paige Audrey-Marie Hurd) abandoned as an infant delves into her past with help from her boyfriend (Romeo Miller) and an investigative genealogist.

"Romance in the Wilds," Fox Nation, Thursday, Nov. 25. A forest ranger and geologist (Kaitlyn Leeb, Victor Zinck Jr.) join ranks to flee a wildfire. Does love ignite? The actors also star in Fox Nation's "Christmas in the Wilds," out the same day.

"Reba McEntire’s Christmas in Tune," Lifetime, 8 p.m. Friday, Nov. 26. Georgia (Reba McEntire) and Joe (John Schneider) broke up as a couple and a singing duo years ago, but their daughter wants a reunion for charity.

"Christmas Again," Disney Channel, Friday, Dec. 3. Teenager Rowena is caught living the holiday over and over again after wishing that she could reclaim her life before her parents’ divorce. Scarlett Estevez stars.

"It’s a Wonderful Life," NBC, 8 p.m. Saturday, Dec. 4, and Friday, Dec. 24. Jimmy Stewart stars as a despairing man who finds value in his life with the help of an aspiring angel, Clarence.

"Our Christmas Journey," Hallmark Movies & Mysteries, 10:01 p.m. Saturday, Dec. 4. Holly Robinson Peete stars as a single mom who faces an independent new chapter for her teenage son with autism and herself. Peete and her husband, former NFL quarterback Rodney Peete, are parents of a son with autism. The actor said on Twitter that "I have wanted to make a movie about an #autism family making transitions at #Christmas for a while."

"Kelly Clarkson Presents When Christmas Comes Around," NBC, 10 p.m. Wednesday, Dec. 1. Clarkson hosts a special that offers music, celebrates tradition, and gives to those in need.

WATCH: Family-friendly animated special "Mariah Carey's All I Want for Christmas Is You"

"Christmas Under the Stars," BYUtv, 7 p.m. Sunday, Dec. 5, and on the BYUtv app. The a cappella group Pentatonix mixes favorite tunes and carols with songs from its new holiday album, "Evergreen."

"Michael Bublé's Christmas in the City," NBC, 10 p.m. Monday, Dec. 6, and Wednesday, Dec. 22. The pop singer marks the 10th anniversary of his album "Christmas" with music and comedy. 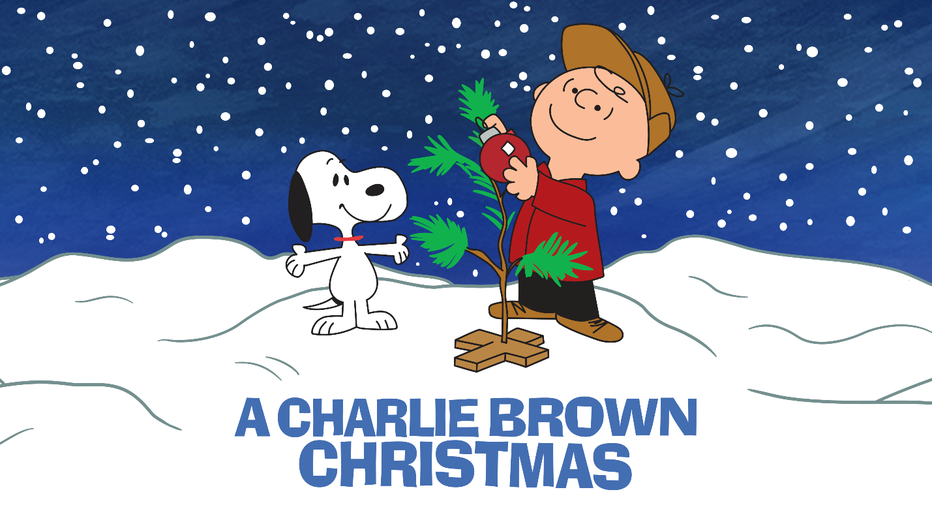 "A Charlie Brown Christmas," now on Apple TV+ and on PBS, Sunday, Dec. 19 (check local listings for time). Is Christmas all about the goods or good-heartedness? The question unsettles Charlie Brown.

"Rudolph the Red-Nosed Reindeer," CBS, 8 p.m. Monday, Nov. 22. A reindeer finds that being different is worthwhile in this 1964 special that's based on the Johnny Marks song and narrated by Burl Ives.

WATCH: A turkey faces a dance-off in "Thanksgiving Dance"

"'Twas the Fight Before Christmas," Apple TV+, Friday, Nov. 26. A documentary about an Idaho neighborhood that became a battleground for a man with a large-scale holiday obsession and his foes, aka other homeowners.

"A Home for the Holidays," CBS, 9 p.m. Sunday, Dec. 5. In the special’s 23rd annual broadcast, inspiring stories of youngsters adopted from foster care are joined with performances by pop artists.

The Family Stone (2005): This modern Christmas classic celebrates the holidays by acknowledging that, sometimes, family can be kind of the worst. When successful Manhattan executive Meredith Morton (Sarah Jessica Parker) joins her boyfriend Everett Stone (Dermot Mulroney) for Christmas with his tightknit family, her uptight ways don’t exactly jibe with their bohemian values. Things get even more complicated when she impulsively invites her little sister Julie (Claire Danes) to crash the event for moral support. With stand-out supporting turns from Diane Keaton as the Stone family matriarch, Luke Wilson as Everett’s bashful brother, and Rachel McAdams as their sardonic sister, "The Family Stone" has carved out its own unique place as a family dramedy that understands that the tough times only help you appreciate the good times more.

Tubi is owned by the FOX Corporation. Allison Shoemaker contributed to this report.