FREDERICK, Md. (FOX 5 DC) - A Frederick woman is facing first and second-degree murder charges after police say she beat an 81-year-old woman with a rolling pin.

According to charging documents, the suspect, 35-year-old Maria Gloria Vazquez-Mebo, reported the woman had fallen down the stairs Sunday evening.

Investigators said Vazquez-Mebo was a live-in caretaker for the victim’s husband, who is in a wheelchair. While his wife doesn’t live in the home, police said she often visits the house at North Bentz Street in Frederick and was doing so Sunday.

Police said around 6:30 p.m. Vazquez-Mebo called the couple’s daughter and then 911 saying the woman had fallen down the steps. 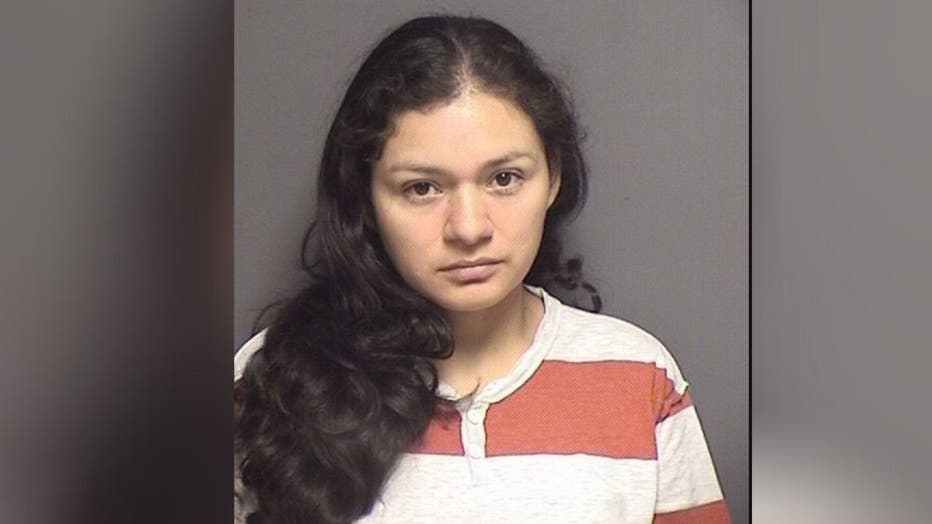 Police said the victim was dead when they arrived and had severe head injuries. The next day, police said Vazquez-Mebo told them that after the victim had fallen down the stairs, she appeared seriously injured. Investigators said she went on to confess that she retrieved a rolling pin and hit the woman multiple times in the head. Court documents offered no motive or explanation for such a brutal crime on an elderly woman.

“It’s very shocking,” said neighbor Heidi Horkey. “You think you’re safe in your home and then something like this happens. Makes you really aware about who’s around.”

Horkey said she often saw Vazquez-Mebo walking the block with a toddler.

“We spoke and said hi to her and she said hi back, but that was about it,” she said.

Vazquez-Mebo is being held without bond.

Police are not identifying the victim, they say at the request of the family.