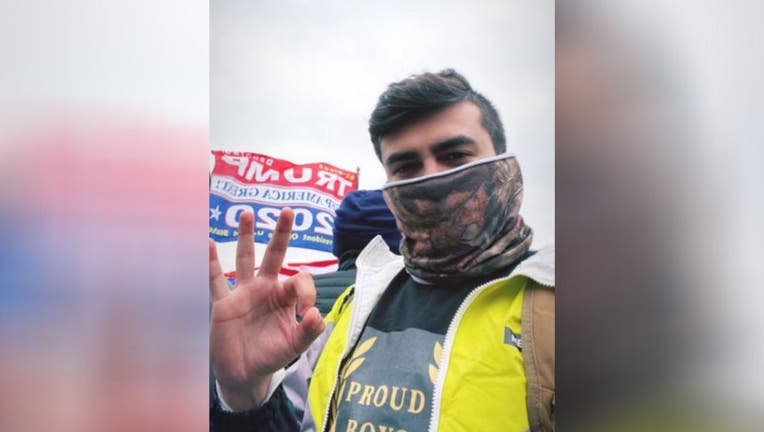 SILVER SPRING, Md. - A self-described white supremacist from Silver Spring has been arrested after the authorities used his GPS tracking device to link him to the Capitol riot.

According to investigators, Bryan Betancur was involved in the mob that stormed the U.S. Capitol during an incident that led to the deaths of five people, including a Capitol police officer.

Federal authorities have arrested more than 100 people so far across the country for their role in the incident – and they expect that number to expand exponentially.

Bryan Betancur was wearing the device for violating the terms of his probation after he was released following a fourth-degree burglary conviction.

According to court documents, Betancur has a long history of run-ins with the authorities, and has publicly revealed homicidal tendencies – including a desire to conduct a school shooting.

Even after his release from custody, investigators say, he continued to engage with white supremacists on the internet, and expressed desires to become a "lone wolf killer."

The documents indicated that he’d been permitted to go to D.C. on Jan. 6 after telling his probation officer that he was distributing Bibles with Gideon International.

However, two days after the trip, he allegedly told the probation officer he’d been inside the Capitol during the riot, and that he’d been tear-gassed.

He later took back the statement that he’d been inside the Capitol, but his tracking device showed that he had gone in.

In addition, a number of social media posts showed Betancur participating in activities around the incident at the Capitol, including one where he can be seen holding a Confederate flag, and another that shows him in a Proud Boys t-shirt.