Officials say four officers exchanged fire with and wounded two suspects in Woodbridge during a double shooting during an undercover operation into fentanyl distribution.

WOODBRIDGE, Va. - Two people have been charged in connection with a deadly officer-involved shooting in Woodbridge where several officers exchanged gunfire with three suspects during an undercover drug operation.

According to Prince William County Police, the incident happened on September 1 as part of undercover operation into fentanyl distribution in the area.

Investigators say on that day, a confidential informant and an undercover Manassas City detective, assigned to a multi-agency narcotics task force, arranged to buy a large quantity of suspected Fentanyl pills and at least one firearm.

Once at the arranged meet up, three men in a car met the detective in 14700 block of Fox Glove Court. During this time, two of those men, identified as Jalil Michael Turner, 18, and Jaiden Malik Carter, 19, got into the detective's car. After a brief encounter, police say, Turner pulled out a gun and demanded money and proper from the detective.

Police say, as that was happening, the third man, who was driving the car the three men arrived in, repositioned the vehicle behind the detective car. The third man was identified as Shane Dareon Pollard, 30. 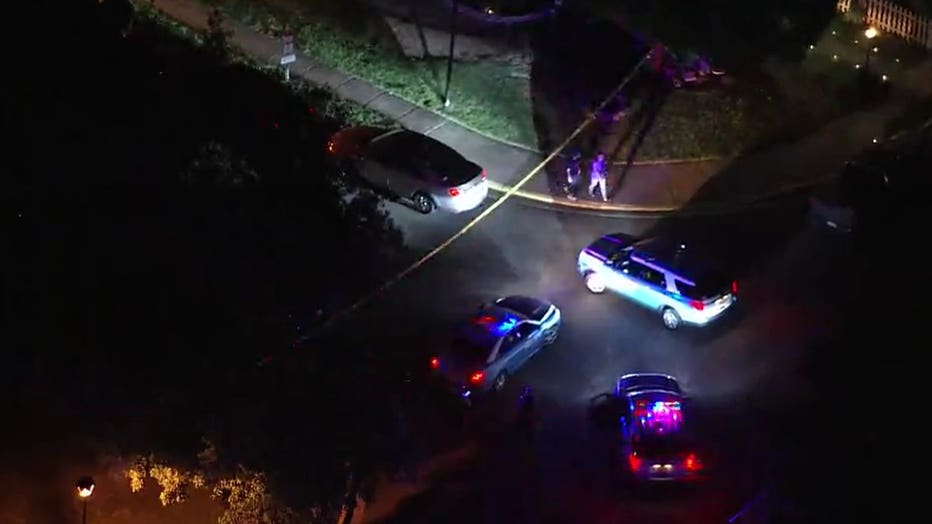 Carter then demanded that the detective open the trunk of the car, and that's when Carter and Turner took money and other property from the detective and got back into the other car.

The car, with all three men inside, attempted to flee the scene right as additional detectives were converging on the location to make an arrest.

Police said during this time, there was an exchange of gunfire between officers and the suspects. Detectives say the circumstances leading up to the exchange of gunshots remains under investigation. Preliminary information from police indicated that four officers fired their weapons, two from Prince William County and two Manassas City officers.

During the investigation into the incident, two handguns were located at the scene. Police say one of the guns was illegally modified to be fully automatic with an extended magazine,

In relation to the incident, CIRT investigators obtained robbery charges against Turner and Pollard in connection to the initial robbery altercation which ultimately resulted in the death of Carter. Investigators also determined Pollard was wanted on active warrants from an unrelated carjacking that happened in October 2021.

Police said both men were charged on Tuesday. Turner is being held without bond, while Pollard currently remains hospitalized for his injuries.

Anyone with information on the incident is asked to call Prince William County Police Department at 703-792-7000.