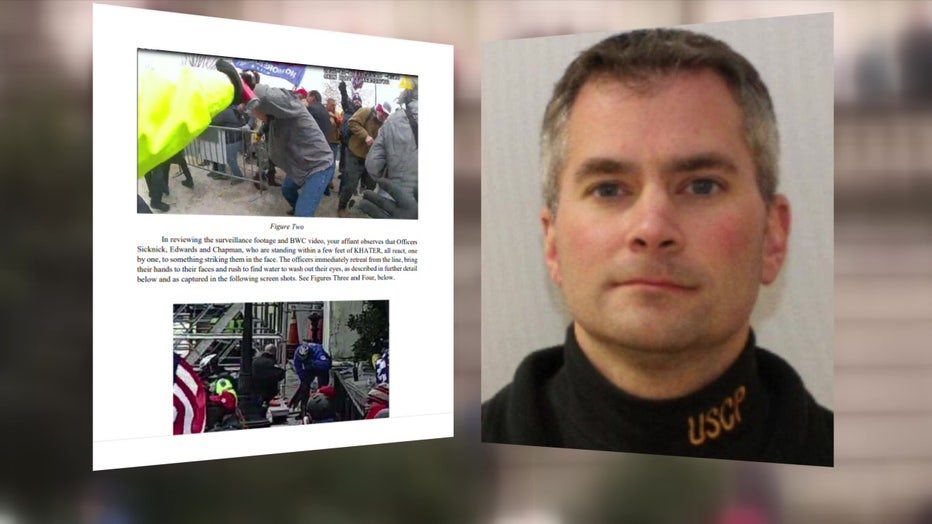 George Tanios, 39, of Morgantown, West Virginia, and Julian Khater, 32, of Pennsylvania, were arrested in March on an array of charges, including assaulting a federal officer with a dangerous weapon, conspiracy and other offenses.

Their court appearance by video conference is expected at 4:15 p.m.

Sicknick died after defending the Capitol against the mob that stormed the building as Congress was voting to certify Joe Biden's electoral win over Donald Trump. 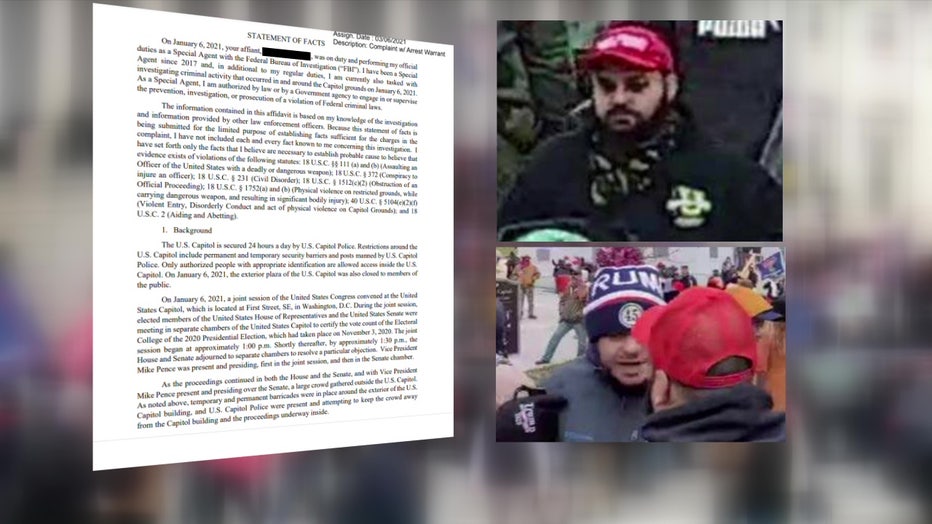 Investigators initially believed Sicknick was hit in the head with a fire extinguisher, based on statements collected early in the investigation, according to two people familiar with the case. And they later thought the 42-year-old Sicknick may have ingested a chemical substance — possibly bear spray — that may have contributed to his death.

However, in April, the Washington, D.C., medical examiner's office ruled Sicknick suffered a stroke and died from natural causes the day following the attack.

Sicknick was standing guard with other officers behind metal bicycle racks as the mob descended on the Capitol.

"Give me that bear shit," Khater said before he reached into Tanios' backpack, according to court papers. Tanios told Khater "not yet" because it was "still early," but Khater responded that "they just f---ing sprayed me." Khater was then seen holding a can of chemical spray, prosecutors say. 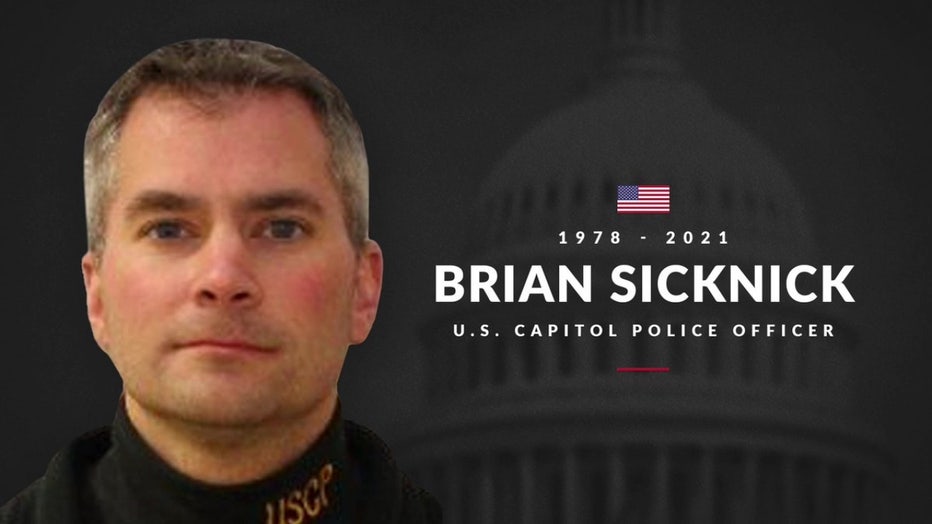 As the rioters began pulling on one of the racks, Khater was seen with his arm in the air and the canister in his hand while standing just 5 to 8 feet from the officers, authorities said.

Video footage shows the officers reacting one by one — bringing their hands to their face and rushing to find water to flush out their eyes — after they were hit with the spray, according to court papers.

In February, Sicknick became only the fifth person in history to lie in honor in the Capitol Rotunda, a designation for those who are not elected officials, judges or military leaders. He was interred at Arlington National Cemetery.