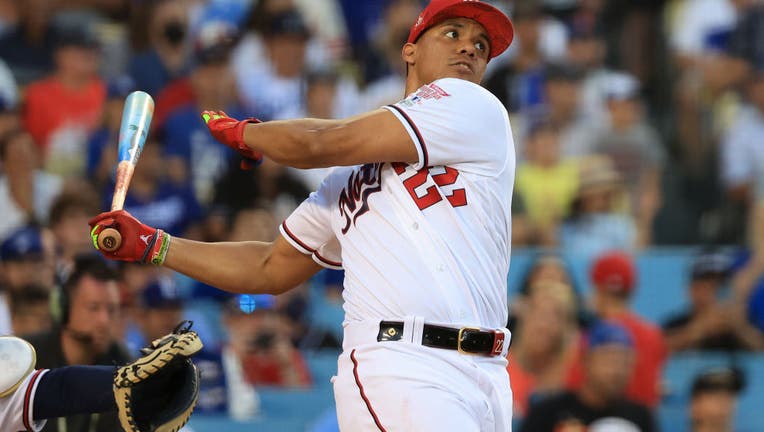 Soto, who was competing in the Derby for the second time, had nine homers in the final minute of regulation in the two-minute final. He added four more in bonus time, his clinching blast coming with 19 seconds remaining. He threw his bat way in the air after the deciding shot cleared the fence.

Soto, the fourth seed, is the second Nationals player to win the Derby. Bryce Harper won it in 2018 in Washington.

Soto earns a $1 million prize and another highlight on his resume as his time with Washington possibly nears an end. The Athletic reported over the weekend that Soto turned down a $440 million, 15-year contract to stay with the Nationals, and he could be traded by the end of the month.

Washington’s Juan Soto advanced to the final with a 16-15 victory over St. Louis slugger and sentimental favorite Albert Pujols.

Soto, the fourth seed, hit a 405-foot shot with 31 seconds remaining in bonus time. He will face sixth seeded Julio Rodríguez of Seattle in the final.

Per MLB, check out Soto's stats in the championship round: