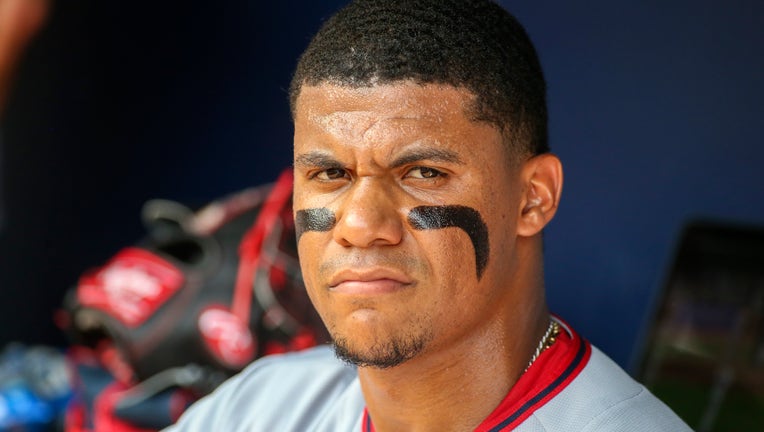 ATLANTA, GA - JULY 09: Juan Soto #22 of the Washington Nationals in the dugout against the Atlanta Braves in the first inning at Truist Park on July 9, 2022 in Atlanta, Georgia. (Photo by Brett Davis/Getty Images)

Washington Nationals star Juan Soto reportedly rejected a massive contract extension offer from the team, and it appears he’s intent on testing the free agent waters after the 2024 season.

Soto has two more years of arbitration left before he can become a free agent. The Nationals’ efforts to keep the superstar slugging outfielder on the team as one of their cornerstones doesn’t seem to be going very well.

The 23-year-old rejected a 15-year, $440 million offer that didn’t include any deferred money, The Athletic reported Saturday. 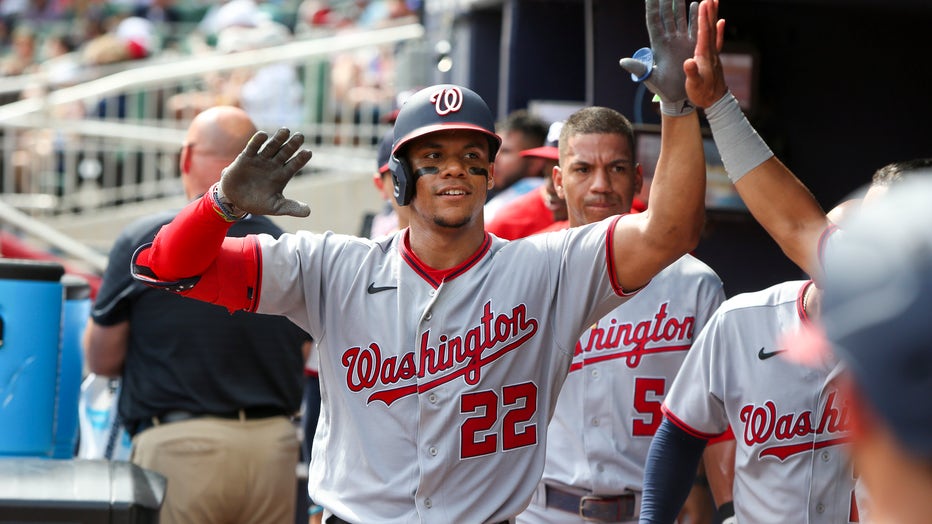 ATLANTA, GA - JULY 09: Juan Soto #22 of the Washington Nationals celebrates with teammates after a home run against the Atlanta Braves in the third inning at Truist Park on July 9, 2022 in Atlanta, Georgia. (Photo by Brett Davis/Getty Images)

The report noted that Soto is on track to become a free agent just ahead of his age-26 season and could command as much as $500 million on the open market.

But the efforts to make Soto the cornerstone of their rebuild is falling flat.

A trade doesn’t appear to be off the table despite Scott Boras' and general manager Mike Rizzo’s assertions to the contrary.

Unnamed MLB team executives told ESPN in May the Nationals could be "compelled" and "motivated" to deal Soto over the summer.

Boras told the New York Post bluntly, "Forget Soto trade … not happening." Rizzo added in a radio interview the team had "every intention of building around Soto" and wasn’t thinking of trading him.

Soto and his agents at Boras Corporation decided to decline a 13-year, $350 million extension in the offseason, according to ESPN. He signed a one-year deal in the offseason in arbitration.

The Athletic on Saturday wrote "Juan Soto is available," and that the Nationals would "entertain offers" for the young stud.

A trade for a player like Soto would cost a team a fortune in prospects.