The SDCCU Holiday Bowl was scheduled to kick off at Petco Park in San Diego at 5 p.m. PT. Tuesday's game was set to be the first football game to be played at Petco.

Tuesday's game is now the fifth bowl game to be canceled due to COVID-19.

"We are extremely grateful to the Holiday Bowl, students, fans, sponsors and the people of San Diego for their transport this week," UCLA Athletic Director Martin Jarmond said in a Twitter statement. "We are deeply disappointed for our young men in the football program that worked extremely hard for this opportunity. My heart goes out to them. The health and safety of our students will always be our North Star." 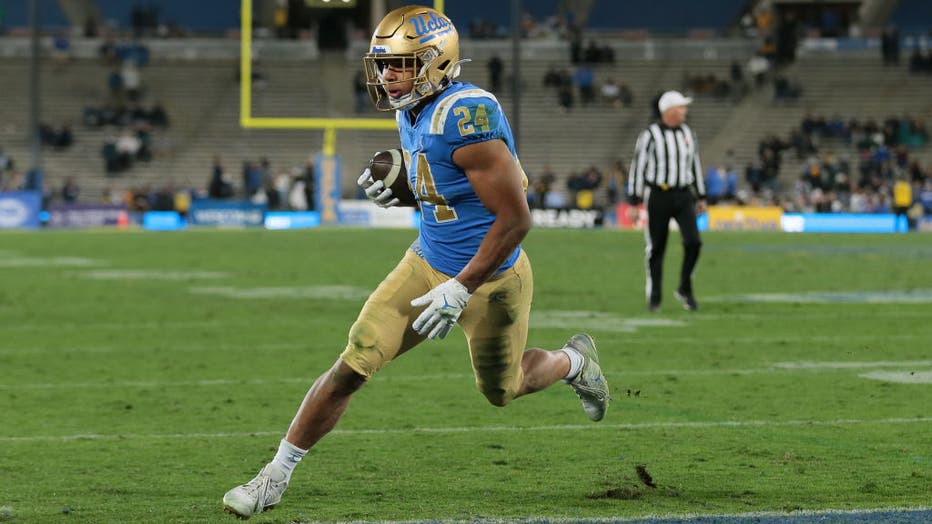 PASADENA, CALIFORNIA - NOVEMBER 27: Running back Zach Charbonnet #24 of the UCLA Bruins scores a touchdown in the second half against the California Golden Bears at Rose Bowl on November 27, 2021 in Pasadena, California. (Photo by Leon Bennett/Getty

Tuesday's game would have been UCLA's first bowl appearance since 2017, when it lost to Kansas State, 35-17, in the Cactus Bowl.