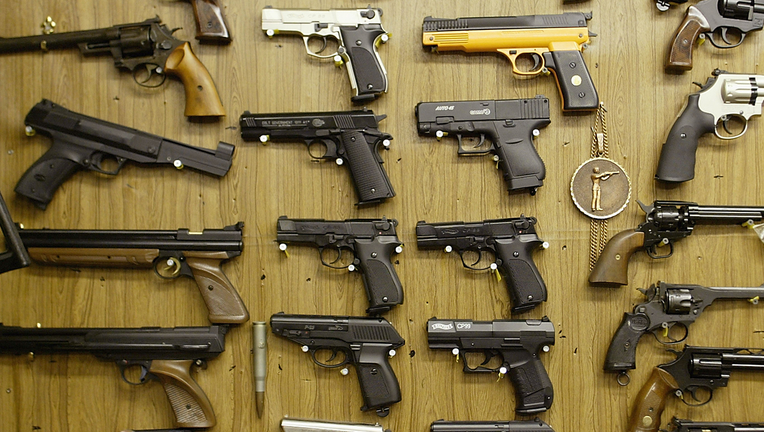 RICHMOND, Va. (AP) - Virginia lawmakers voted Friday to ban firearms at the state Capitol, the first in what's expected to be many contentious gun votes in the coming weeks.

Newly empowered Democrats who made up a majority of a special rules committee voted to ban guns at the Capitol and a legislative office building despite bitter protests from Republicans, saying the move was needed to protect public safety.

“Our focus here is to keep everybody safe,” said House Speaker Eileen Filler-Corn. “These are policies and rules that should have passed a long, long time ago.”

Public officials have expressed concerns about planned Jan. 20 rallies that are set to draw huge crowds of pro-gun and gun-control advocates. Gun advocates from around Virginia and even out of state have pledged to turn out in force to highlight their resistance to proposed gun-control measures.

Democrats initially indicated that the new ban had been recommended by law enforcement.

VOTE HERE: Should lawmakers be allowed to carry firearms inside government buildings for protection?

“I just have to say that this is something that’s been recommended by our Capitol Police. And I think there are times when we sort of have to trust what our law enforcement officers are telling us,” House Majority Leader Charniele Herring said.

But Capitol Police Col. Anthony Pike said after the vote that he made no recommendations on whether guns should be banned, only on how to implement the ban Democrats wanted. The new policy will require that everyone entering the Capitol, except for lawmakers, must go through a metal detector.

GOP lawmakers accused Democrats of rushing through an unnecessary policy and then trying to lay it at the feet of Capitol Police.

A number of jurisdictions in the Commonwealth of Virginia have passed local resolutions declaring themselves sanctuaries from any new gun laws passed and signed into law by the state.

“That was a deliberate misrepresentation,” said GOP Del. Kirk Cox. “There's just no way around that.”

The new policy takes affect at the end of Friday.

Republicans said visitors to the Capitol and lawmakers should be able to choose to protect themselves as they see fit. Some GOP lawmakers routinely carry guns while at the legislature. One of them, Republican Sen. Amanda Chase, would not say whether she would comply with the new rules.

The Second Amendment sanctuary movement has moved to Stafford County where the board of supervisors has listened to public comments about the topic.

Virginia's Constitution blocks lawmakers from being arrested during legislative sessions except for egregious crimes and Pike said Capitol Police will not arrest any lawmakers who violate the gun ban.

Previously, anyone with a valid concealed handgun permit was allowed to bring a gun into the Capitol. Weapons were banned in certain parts of the building, which was designed by former President Thomas Jefferson, including the Senate gallery and the governor's office on the third floor.

In 2006, a Republican delegate’s handgun accidentally discharged in his office and was stopped by a bulletproof vest hanging on the door. And in 2017, a Republican state senator left his gun behind in a conference room.

Culpeper County is considering joining a number of other counties in Virginia that have designated themselves as second amendment sanctuaries.

Virginia Gov. Ralph Northam has banned guns from other state buildings, continuing a policy started by his predecessor, former Gov. Terry McAuliffe, in 2015.

The debate on whether to ban guns in the Capitol is part of a larger fight over guns that's set to dominate this year's legislative session.

With a full majority at the state house for the first time in a generation, Democrats have promised significant new gun restrictions, including universal background checks, a ban on assault weapons and a red flag law that would allow authorities to temporarily take guns away from anyone deemed to be dangerous to themselves or others.

Gun owners are demanding that local government officials establish sanctuaries for gun rights. More than 100 counties, cities and towns have declared themselves Second Amendment sanctuaries and vowed to oppose any new “unconstitutional restrictions” on guns.