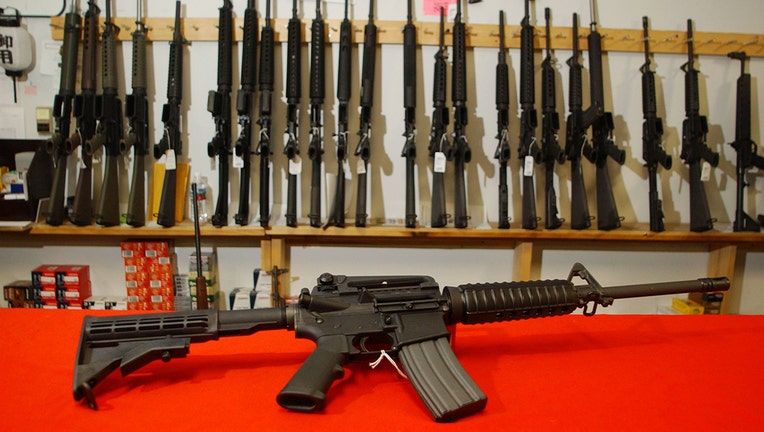 A file photo of an AR-15. (Photo by Thomas Cooper/Getty Images)

STAFFORD, Va. (FOX 5 DC) - The Second Amendment sanctuary movement has moved to Stafford County where the board of supervisors have voted in favor of the declaration.

More than 80 people signed up to speak at Tuesday evening’s meeting and there were several overflow rooms at capacity after a massive crowd showed up for the hearings.

The Second Amendment sanctuary movement has moved to Stafford County where the board of supervisors has listened to public comments about the topic.

The Stafford County Board of Supervisors voted unamiously 7-0 to pass the declaration.

People have voiced concern that when the Democrats take control of both the State Houses of the General Assembly in January they’ll lose some of their gun rights.

Democrats have promised swift action on gun control laws, including background checks on all firearm sales and transactions.

They have also promised a ban on assault-style weapons, high-capacity magazines, bump stocks and silencers.

Hundreds of people braved the cold on Tuesday to show they wanted Stafford County to declare itself a Second Amendment sanctuary.

A small number of gun control advocates came out as well.

The Virginia Civil Defense League has been lobbying leaders at the county level to declare sanctuary status, which is largely a symbolic measure.

Other counties that have made the declaration in Northern Virginia include Prince William, Culpeper and Spotsylvania counties.