Virginia Governor Glenn Youngkin declared a state of emergency Wednesday as remnants of Hurricane Ian move up the Atlantic Coast and take aim for a weekend arrival as a tropical storm.

RICHMOND, Va. - Virginia Governor Glenn Youngkin declared a state of emergency Wednesday as remnants of Hurricane Ian move up the Atlantic Coast and take aim for a weekend arrival as a tropical storm.

Hurricane Ian left a path of destruction in southwest Florida threatening catastrophic flooding and knocking out power to 2.5 million.

"Hurricane Ian is a large, powerful storm, and current predictions indicate that it may impact parts of Virginia later this week into early next week," said Youngkin in a statement Thursday. "We want to ensure that our communities have the resources needed to respond to and recover from any potential effects from the storm. While we recognize that the storm track is still uncertain, I nevertheless encourage all Virginians and visitors to make a plan, have supplies on hand, and follow official sources for the latest forecast information and guidance. Suzanne and I will be praying for those in Florida in the path of the storm."

Officials in D.C., Maryland and Virginia are preparing for the expected impact of the remnants of Hurricane Ian. 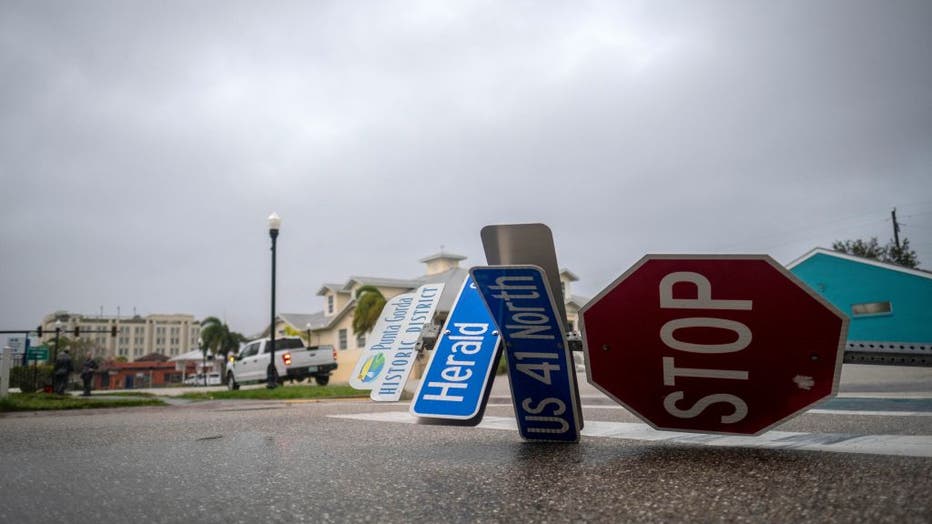 A blown down street sign is seen as the eye of Hurricane Ian passes by in Punta Gorda, Florida on September 28, 2022. - (Photo by RICARDO ARDUENGO/AFP via Getty Images) ( )

The state of emergency allows Virginia to mobilize resources and equipment needed for response and recovery efforts.

The Virginia Department of Emergency Management has information online for residents to make an advanced plan, to prepare an emergency kit and to remain updated.

In Washington, D.C., Christopher Rodriguez, the Director of the Homeland Security and Emergency Management Agency, told FOX 5 that the District is monitoring the storm and is expecting periods of sustained rain across the area into the weekend.