WASHINGTON - A Virginia man who wore a "Camp Auschwitz" sweatshirt at the U.S. Capitol during last year's riot pleaded guilty on Wednesday to joining the mob of people who stormed the building.

Photographs of Robert Keith Packer wearing the sweatshirt with the anti-Semitic message went viral after the Jan. 6, 2021, insurrection. 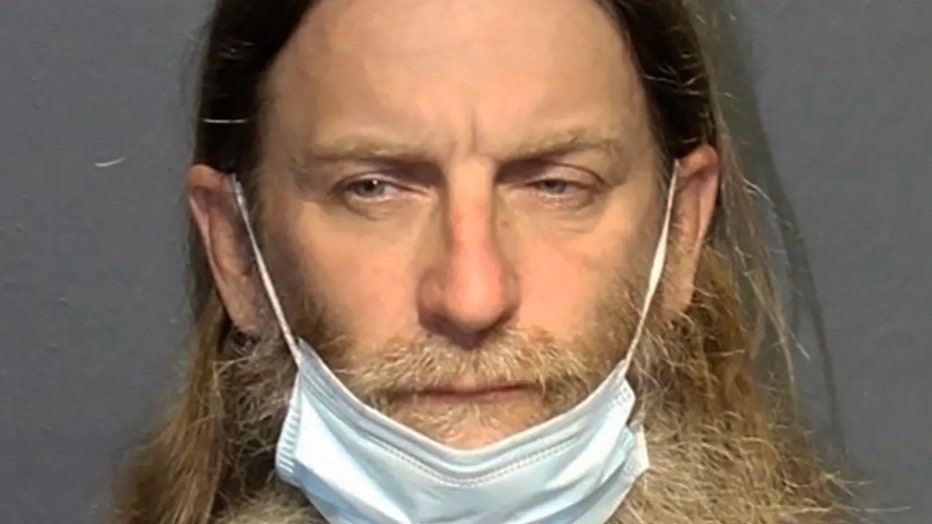 The words "Camp Auschwitz" were above an image of a human skull. Packer's sweatshirt also bore the phrase "Work Brings Freedom," a rough translation of the German words above the entrance gate to Auschwitz, the concentration camp in Poland where Nazis killed more than 1 million men, women and children.

Packer, 57, of Newport News, Virginia, pleaded guilty to parading, demonstrating or picketing in a Capitol building, a misdemeanor that carries a maximum sentence of six months imprisonment. U.S. District Judge Carl Nichols is scheduled to sentence him on April 7.

FBI agents arrested Packer a week after the riot. He remains free pending his sentencing hearing.

A witness who contacted law enforcement recognized Packer as a regular customer at a store near Newport News. A surveillance camera captured an image of him wearing the same sweatshirt in the store in December 2020.

Packer’s sweatshirt "appears to be a symbol of Nazi hate ideology," an FBI agent wrote in an affidavit.

Assistant U.S. Attorney Mona Furst said Packer entered the Capitol despite seeing broken glass and police officers using tear gas. Packer was in the area where a police officer shot a rioter, Ashli Babbitt, and he left the building after that fatal shooting, Furst said.

A photograph of Packer inside the Capitol shows him near people holding a broken nameplate from the office of House Speaker Nancy Pelosi, D-Calif.

More than 730 people have been charged with federal crimes related to the Capitol riot. About 200 of them have pleaded guilty, mostly to misdemeanors.