Did Mayor Bowser put the kibosh on the president’s plans for an election night party?

WASHINGTON (AP) - President Donald Trump said Friday he’s not sure where he'll mark election night after District of Columbia officials signaled that a party planned for his luxury hotel in Washington could be in violation of rules limiting mass gatherings during the coronavirus pandemic.

Trump told reporters that he may stay at the White House or pick another location to hold his campaign’s party as he expressed frustration with the city's coronavirus protocol.

“I think it’s crazy Washington, D.C. is shut down,” Trump told reporters at the White House before departing for a day of campaigning in the Midwest.

D.C. Mayor Muriel Bowser's office earlier this week sent a notice to operators of the Trump International Hotel, located in the historic Old Post Office building, reminding them of the city’s coronavirus rules, according to a Bowser administration official. The official spoke on condition of anonymity beause they were not authorized to comment publicly on the matter.

The city’s current guidelines prohibit gatherings of more than 50 people and dictate that restaurants, hotels and other commercial venues operate at 50% of capacity or less. The Trump Hotel did not respond to the Bowser administration’s notice. 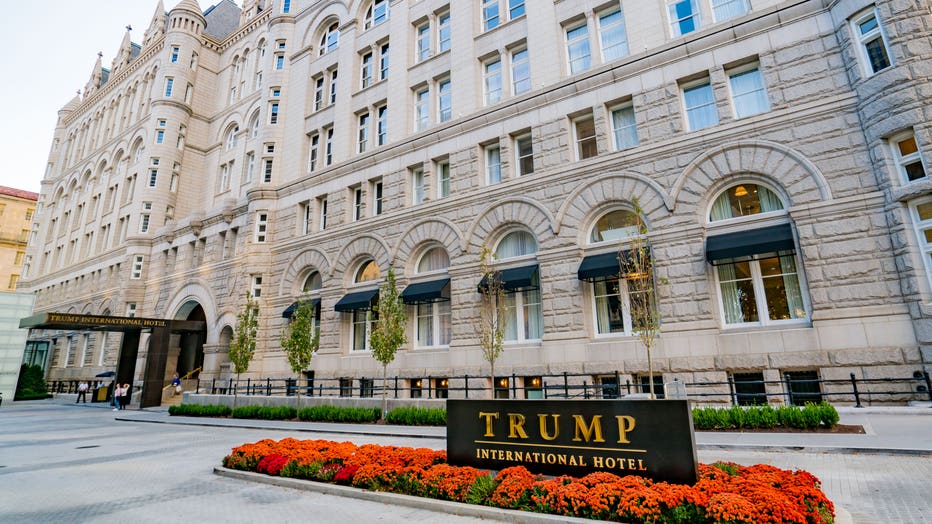 General view of the Trump International Hotel in Washington, D.C. at the Old Post Office on October 30, 2016. (Photo by AaronP/Bauer-Griffin/GC Images)

The Trump campaign has pushed out fundraising emails in the president’s name offering donors the chance to enter a drawing “to join Team Trump at the Election Night Party in my favorite hotel,” in Washington, suggesting he would use his hotel as the backdrop for reacting to election results. The campaign has also spotlighted plans for the party in fundraising blasts from the president’s son Donald Trump. Jr.

“November 3rd will go down in history as the night we won FOUR MORE YEARS. It will be absolutely EPIC, and the only thing that could make it better is having YOU there,” Trump said in one of the fundraising solicitations.

The hotel faced a city inspection in July and was found to be in compliance with the District's coronavirus rules at that time.

Trump held his 2016 election party in his then-hometown of New York. But he booked his victory party at New York’s Hilton in Midtown Manhattan because his own nearby Trump International Hotel & Tower didn’t have a big enough room.

It’s unclear how much of a presence Trump himself will be in any election night festivities this time. With a significant portion of the electorate opting to mail in their ballots, that could delay tabulation of results.