Hundreds of 'Thank You' notes to officers are covering the walls of the Capitol building after the deadly riots that occurred last week. 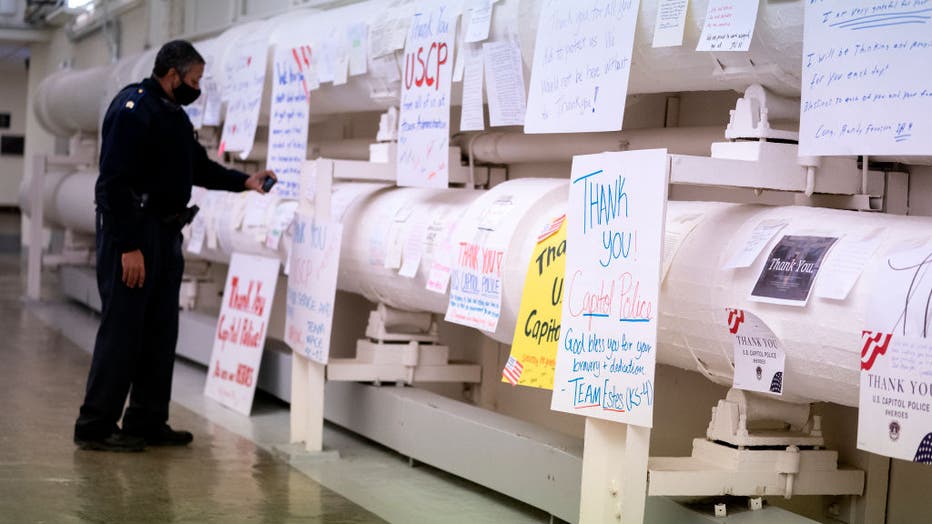 WASHINGTON, DC - JANUARY 12: A Capitol Police Officer photographs Thank You notes hung by members of Congress and their staffs in the Canon Tunnel at the U.S. Capitol on January 12, 2021 in Washington, DC. Today the House of Representatives plans to

Signs from Congress, staff and some groups hang in the Cannon Tunnel hallway, thanking police officers and cleaning crews. 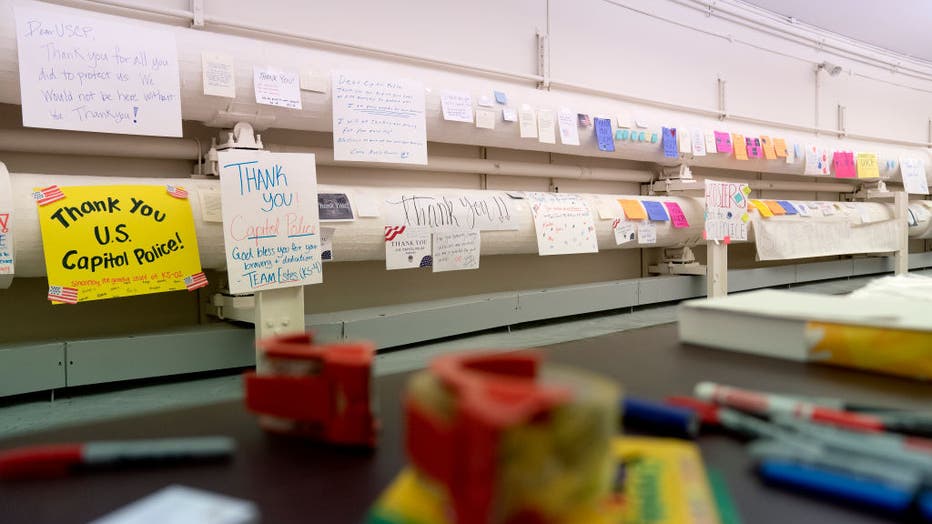 WASHINGTON, DC - JANUARY 12: Thank You notes are displayed in the Canon Tunnel at the U.S. Capitol on January 12, 2021 in Washington, DC. Today the House of Representatives plans to vote on Rep. Jamie Raskin's (D-MD) resolution calling on Vice Presid

Investigators are still combing through thousands of tips, photos, videos and social media accounts to collect evidence against the attackers who overran the Capitol to stop the certification of Democrat Joe Biden as the next president.

RELATED: FBI: 50,000 tips connected to Capitol riots; charges, including sedition, on the table

FOX 5’s Maureen Umeh has an update on the FBI'S investigation into tracking down individuals who took part the riots at the U.S. Capitol.

While there have been dozens of arrests linked to the riot, many have been curfew violations and the majority of those who entered the Capitol are still had large.