WASHINGTON - The large fencing that has encircled the U.S. Supreme Court for months has now been removed.

The non-scalable fencing was gone Monday morning, leaving only small barricades blocking off the plaza and steps in front of the high court. 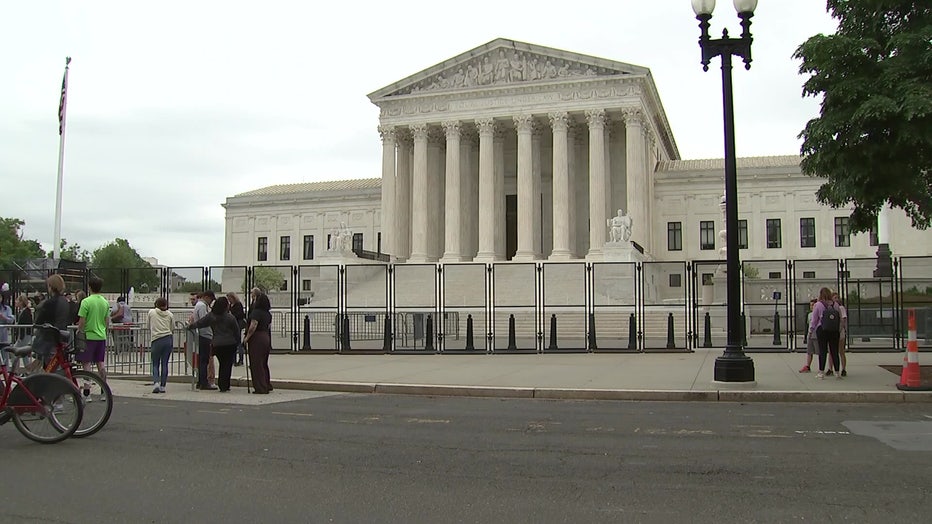 Court spokeswoman Patricia McCabe would say only that the fence came down sometime during the weekend. "The Court as a matter of policy does not discuss security arrangements," McCabe said in an email.

The building, closed in 2020 because of the coronavirus pandemic, remains off-limits to the public.

The fence had been installed in May as protests erupted outside the court and outside the homes of some Supreme Court justices after a leaked opinion signaled the justices were planning to overturn Roe v. Wade. 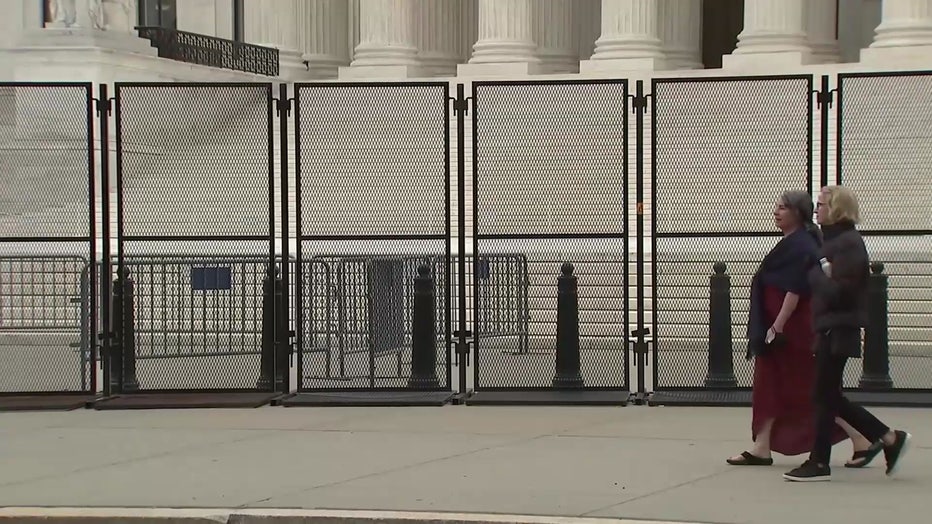 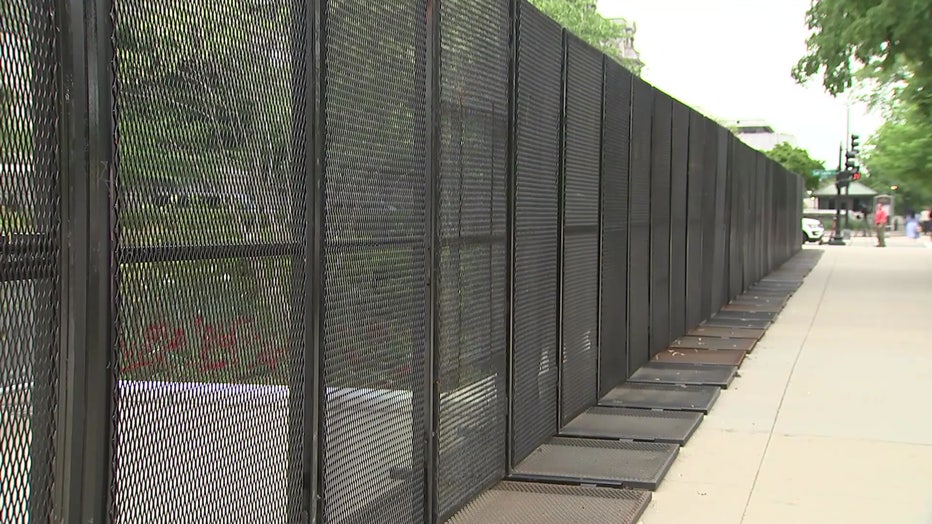