A tall security fence was erected around the Supreme Court Building Wednesday evening due to concerns about protesters and demonstrations.

WASHINGTON - A tall security fence was erected around the Supreme Court Building Wednesday evening into Thursday morning following concerns about protesters and demonstrations.

The fencing is similar to what was set up around the Capitol following last year's riot. The barrier in front of the Supreme Court, however, does not encircle the entire building.

Barricades were set up in front of the steps of the Supreme Court Building Monday as authorities anticipated crowds in response to the bombshell report on abortion rights.

Since Politico published the leaked article from the Supreme Court, showing a draft majority opinion to overturn Roe V. Wade, thousands of people have shown up to protest in front of the High Court. 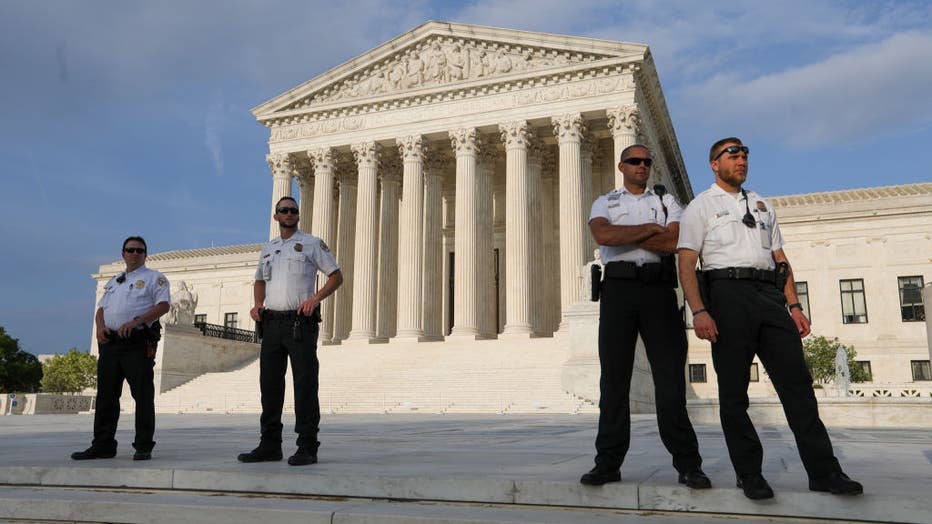 WASHINGTON, UNITED STATES - MAY 3: Anti-abortion and abortion rights demonstrators during a protest outside the U.S. Supreme Court in Washington, D.C., U.S., on Tuesday, May 3, 2022. Abortion rights suddenly emerged as an issue that could reshape the

READ MORE: Roe v. Wade: What you need to know about a key abortion ruling that the Supreme Court looks poised to overturn

The demonstrations have been peaceful, despite pro-life and pro-choice protestors voicing their opinions on the contentious topic.

The U.S. Capitol Police released the following statement regarding their security plan:

"We are working closely with our partner law enforcement agencies to prepare for any potential demonstrations in the area of the Supreme Court, including adding additional officers in the area."