Tornado damage and cleanup after Isaias roars through southern Maryland

Tropical Storm Isaias ravaged the mid-Atlantic with heavy rain, flooded roadways and gusty winds that resulted in at least one confirmed tornado Tuesday.

ST. MARY'S COUNTY, Md. (FOX 5 DC) - A Southern Maryland bridge is shut down after floodwaters ebbed away large chunks of it Tuesday morning as Isaias barreled along the East Coast.

Isaias – which made landfall overnight in North Carolina as a Category 1 hurricane – punished a number of mid-Atlantic states Tuesday morning.

Photos from the scene show where two large chunks of roadway disappeared during the storm.

There was no estimate on when Route 6 (New Market Turner Road) outside Leonardtown would reopen. 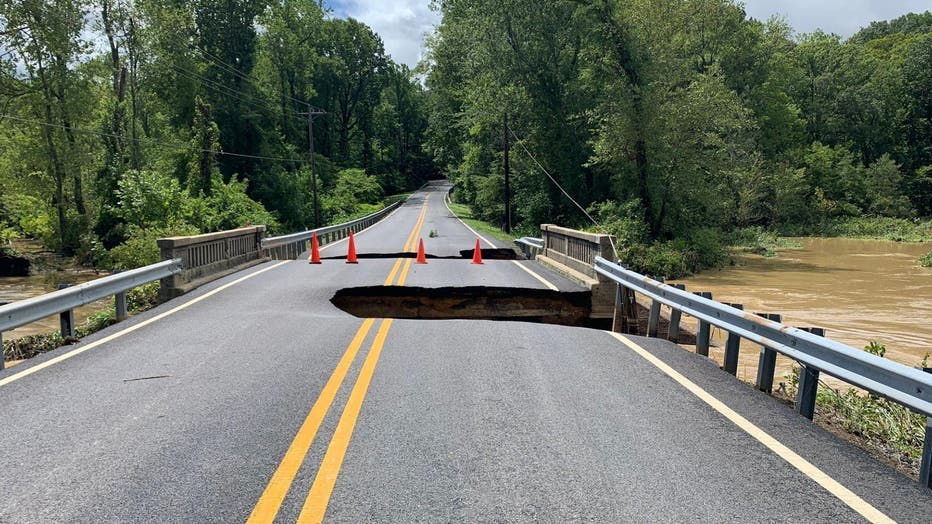 Southern Maryland, the Eastern Shore and Charles County were among the hardest-hit locations in the DMV.

Tornado-like winds were reported in a number of locations – and one tornado was confirmed in Redgate, a town located five miles south of Leonardtown.