FOX 5 is learning more about the death of D.C. boxer Buddy Harrison and how his son plans to honor him in an upcoming boxing match.

WASHINGTON - D.C. boxer Dusty Hernandez-Harrison will still fight this weekend, even after his trainer and father Arthur "Buddy" Harrison was shot and killed outside his Southeast D.C. home this past Saturday.

Beltway Battles: Round 3 promoters released a statement Monday, saying the event will go on as planned Oct. 1 and Dusty will remain on the card as the event's headliner.

Buddy Harrison’s murder sent shockwaves throughout the community. Many of those mourning him consider him an icon.

"While we will continue to grieve the passing of Buddy, we look forward to supporting Dusty and his family through this ordeal and invite fans to show their support and love for their family," said Thomas "Cornflake" LaManna, head of Rising Star Promotions. "We plan to honor Buddy on fight night and fans can purchase Old School Boxing Gym t-shirts onsite as a fundraiser for Buddy’s gym that has provided a special place for hundreds of people, especially many D.C. kids."

LaManna, who is promoting Beltway Battles: Round 3 with Dusty, has known the family for over 10 years.

"I don’t think it hit him, to be honest," he said, speaking of his conversations with Dusty. "I think what people should take away from this is just to love yours daily because you never know – you just never know. Love yours. Don’t hold grudges. I hope that everyone will come out and support Dusty. Support the Beltway Battles. Support everything going on this Saturday because that’s what Buddy would want." 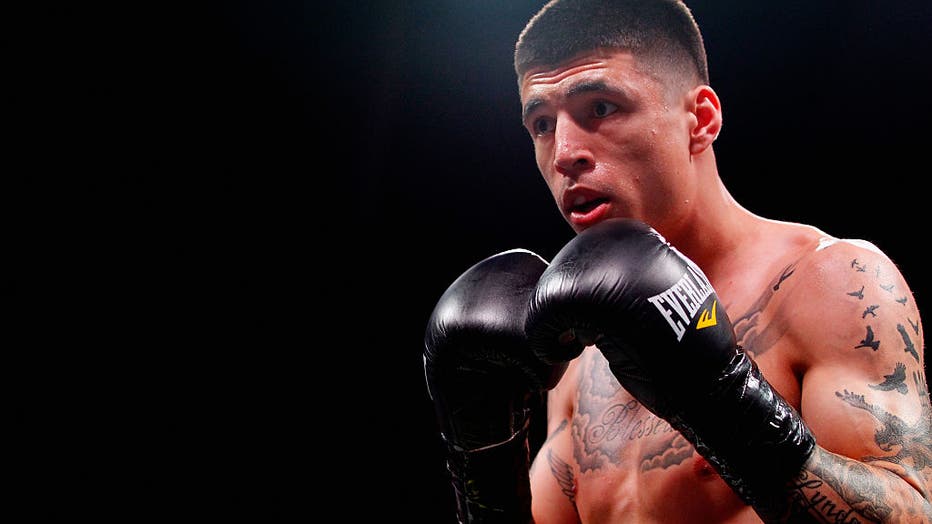 Dusty Harrison currently boasts an undefeated record. He's 34-0 with 1 draw and has 20 knockouts.

"Growing up with a father who always comes out on top it makes situations like this seem surreal. This man always won," he said in the statement. "He beat cancer, he’s been shot and stabbed before. He did 10 years in prison and suffered heart attacks. I watched him work out every day before and after chemotherapy. He loved life so much, and he made the most out of it."

"He left his mark, and he changed countless lives for the better," Dusty continued. "He was a dad anyone would be proud to have and there wasn’t any situation I couldn’t call him for. I want everyone to be able to feel the peace that I feel. My dad had a great, strong relationship with God. While he won’t physically be with me on Saturday, I will always feel his presence in the ring by my side.

Police responded to the 2700 block of 30th St. SE just before 11:40 a.m. this past Saturday for the report of a man shot multiple times. The Metropolitan Police Department confirmed the victim was 62-year-old Buddy Harrison.

D.C. police's homicide detective, Captain Kevin Kentish, told FOX 5 that investigators are looking for two armed suspects who fled in a White Kia Optima. On Monday, officers were still asking for the community’s help in locating the suspects' vehicle, which was recently reported stolen out of Charles County.

FOX 5 highlighted Buddy's contributions to the community on numerous occasions.

After serving time in prison, Buddy spent decades dedicating his life to helping others turn their lives around.  He was known to donate to the homeless and allow children to train at his gym for free. FOX 5 was told that he even offered to help train someone who tried to rob him.

Arthur "Buddy" Harrison, Jr., a man who was well known in the DMV for his community service and boxing gym, was shot and killed outside of his home in Southeast, D.C. on Saturday morning, according to police.

When asked if the shooting had anything to do with a dispute at his gym, as some have suggested, Cap. Kentish responded that police were not ready discuss any possible motive just yet.

"This individual, like I said, the decedent was well-loved by the community," Kentish said. It’s evident by the amount of tips and information that we are getting from the community in reference in helping to try to solve this case."

"We know what Mr. Harrison meant to his own family, but scores of children whose lives he was able to transform with boxing," D.C. Mayor Muriel Bower said on Monday. "We know the story of boxing, how it can take kids off the streets - put them around great adults and change their lives. So, he’s going to be sorely missed, and we’re very committed to finding out who did this."

D.C. Police are still offering an up to $25,000 reward for information leading to an arrest.