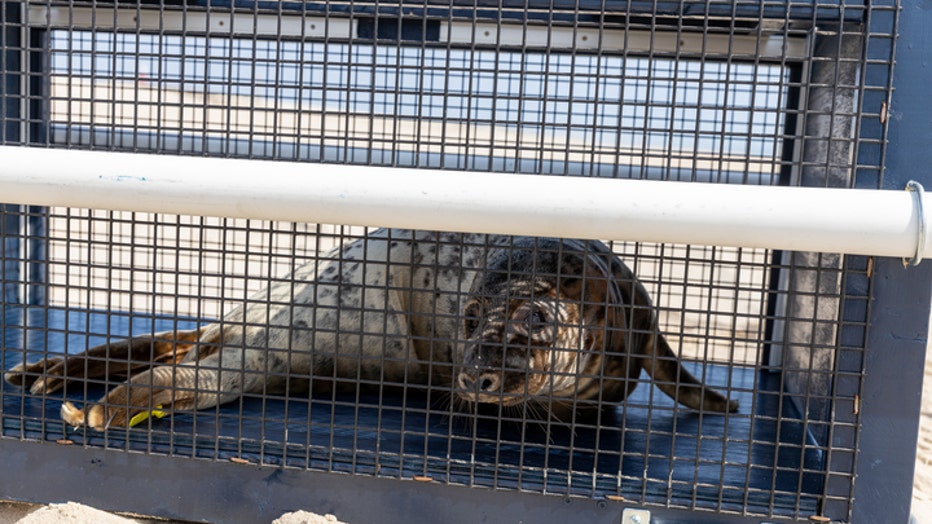 The grey seal pup, nicknamed Eloise, was rescued from Cape Henlopen, Delaware and arrived at the National Aquarium’s Animal Care and Rescue Center on February 14. She was malnourished and had a few lacerations on her neck.

The aquarium says Eloise quickly charmed the staff with her antics and easily progressed through her rehabilitation goals. Eloise’s rehab has been focused on nutrition and transitioning her from gruel to learning how to eat fish on her own.

During her stay, Eloise enjoyed swimming in her pool and prior to her release was eating up to ten pounds of herring a day.

READ MORE: Bald eagle released back into wild after being hit by car in Montana

"Eloise surpassed all of her rehabilitation milestones making her eligible for release into the ocean, according to our partners at the National Oceanic and Atmospheric Administration," said Director of National Aquarium Animal Rescue Jennifer Dittmar. "The ultimate goal for all of our rescue patients is release back into their natural habitats, so it’s always a great day for our team when we can make that happen."

The National Aquarium continues to care for harp seal Stuart Little. He now weighs 55 pounds and loves to roll around in ice the staff offers on the pool deck. The Animal Health and Rescue teams expect that Stuart Little will be ready for release in the next month.

For more information on the National Aquarium, visit www.aqua.org.