"Thank you all for the love and prayers just got off the phone with mom and dad leaving the hospital @RiverboatRonHC is officially cancer free!!!" she wrote. 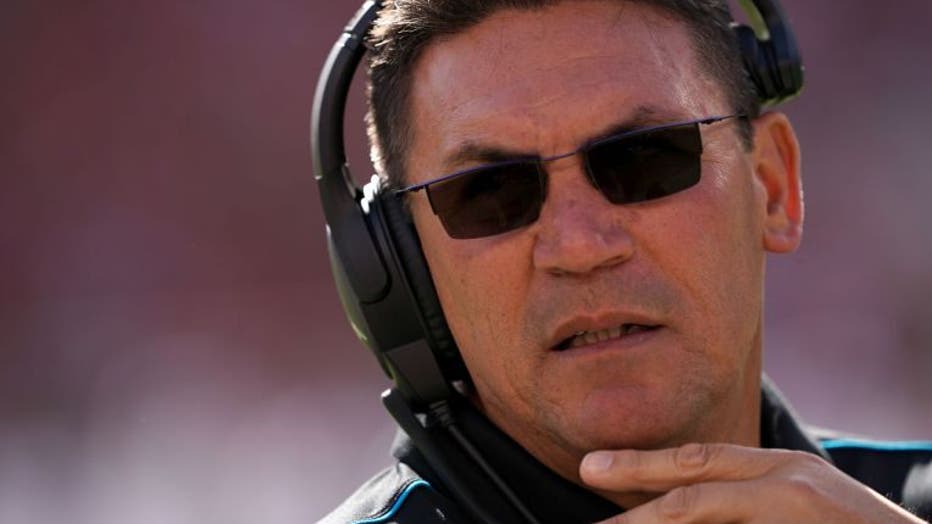 Ron Rivera, who is entering his second season as Washington’s head coach, can now map out a plan for the 2021 season without the worries of the disease in his mind. Washington is coming off of a 7-9 season where they won the NFC East and gave the Tampa Bay Buccaneers a run for their money in the divisional round of the NFC playoffs.

Rivera ended cancer treatment in October and rang the bell at the hospital to signify he was finished with the treatments.

Rivera, 59, was diagnosed with squamous cell carcinoma--a type of skin cancer--in August, which is considered to be treatable in its early stages. He missed some practice time but no games and has been told his long-term prognosis was good.

He added: "Thank you everyone for your prayers, letters, texts & notes of encouragement & support.  It truly made a difference in my treatment & recovery!"

Rivera explained in October how the cancer was affecting him during the season.

"There are certain things that pop up all of a sudden, side effects that you have: the fatigue, how tired you get; at times you get nauseous; honestly at times sometimes your equilibrium is messed with, almost a sense of vertigo," he said. "Then the nausea. It hits you at any time, anywhere. (And) the fatigue and going out to practice and stuff, it limited me, and that really bothers me because I can’t really coach the way I coach."