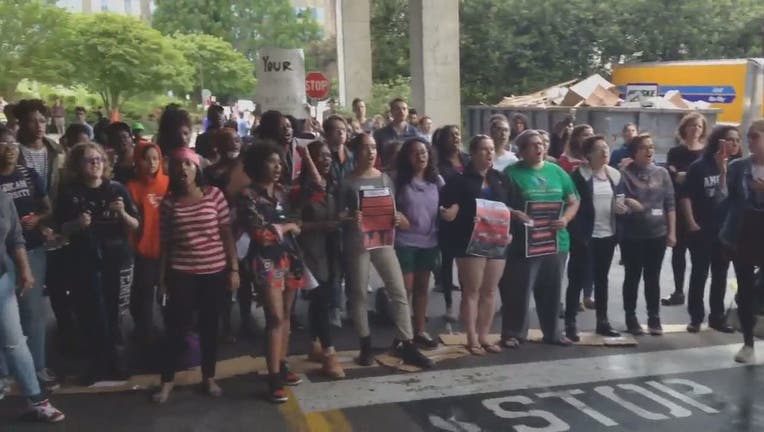 Video posted on social media show the protesters at one point sitting on the ground with their arms raised at the Bender Tunnel, the main underpass adjacent to the parking garage at Bender Arena. The protesters disrupted traffic and prevented vehicles from entering and leaving the area.

Students are demanding the university to examine its policies and training in order to prevent future hate crimes from happening.

On Monday, bananas with string in the shape of nooses were found hanging on trees and lampposts at several locations around campus. The bananas had messages of "Harambe bait" and "AKA," referring to the Alpha Kappa Alpha sorority.

University police are investigating the incident. They have released surveillance video of a person of interest sought in what has been classified as a hate crime. The FBI is also assisting in the investigation.